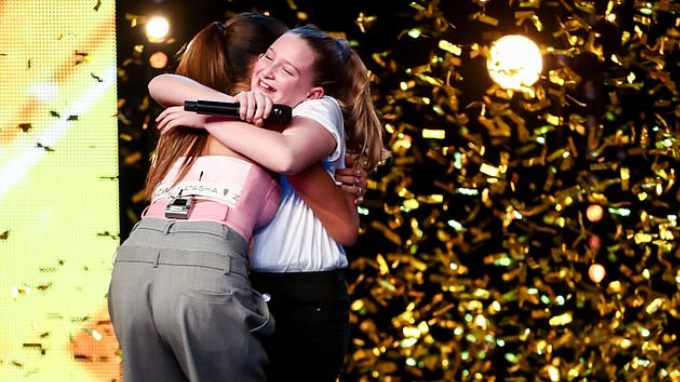 Giorgia Borg has become an overnight sensation in Malta and the UK following her incredible performance on Britain’s Got Talent.

The Maltese singer, 10, absolutely wowed the judges with her amazing voice.

Judge Alesha Dixon jumped up and yelled ‘that’s how you do it’ before pushing her Golden Buzzer.

The talented young singer also impressed the three other judges Simon Cowell, Amanda Holden, David Walliams with her powerhouse performance and won a standing ovation from the audience.

But where is she from and has she been on TV before?

Here’s everything you need to know as Giorgia starts her amazing Britain’s Got Talent journey.

Who is Giorgia Borg?

The 10-year-old singer from Malta seriously impressed us all with an original song about parents listening to their children.

The audience and the judges were left open-mouthed by the stunning lyrics and her powerful voice as Giorgia looked like she was having the time of her life.

No need for four yeses, as Alesha Dixon – who is something of an idol for Georgia – decided to press her Golden Buzzer and run on stage for a hug.

Her audition video soon went viral on YouTube with an astonishing 1.6 million views in just 12 hours.

Giorgia was 10 years old when she auditioned for Britain’s Got Talent earlier this year.

She lives in Malta with her two mums, three cats, and two dogs, and her mum says she’s been able to sing since she was born in 2008.

She joined La Voix School of Performing Arts in Marsa in 2013 and is coached by Gillian Attard.

You can follow Giorgia via her Facebook page, where she has uploaded a number of photos and videos.

According to her bio on the photo-sharing site, she likes hugs, unicorns, food, animals, travelling, and making people smile.

Giorgia’s astonishing voice has made headlines in several UK newspapers, including The Sun, The Mail on Sunday, Scotland On Sunday, The Sunday Mirror and Sunday Express.

Britain's Got Talent: Giorgia Borg, 10, from #Malta becomes the youngest EVER solo act to win a golden buzzer ⁦@BGT⁩ https://t.co/aXicP6eLEB