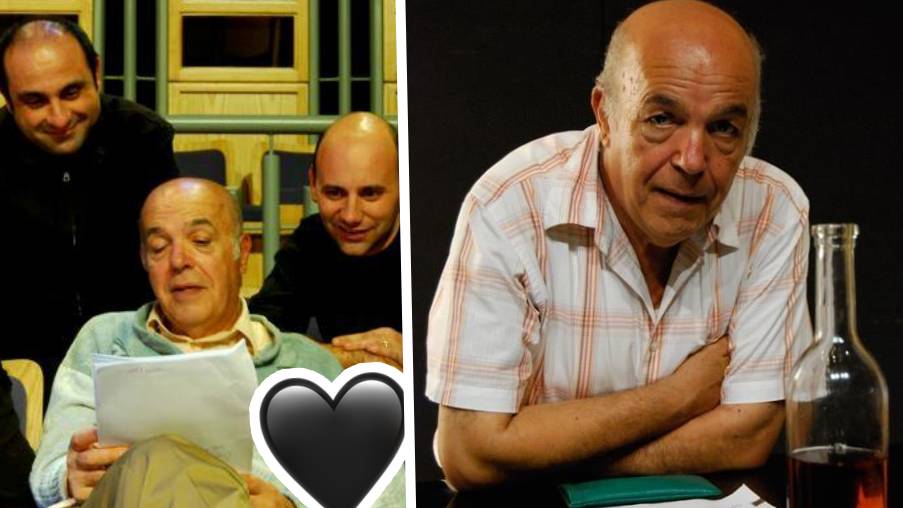 Malta’s theatre scene has suffered yet another loss, in what has become the year we all want to be over and done with, ASAP! Local Actor, Director, Teacher, Writer and Mentor Carmel S. Aquilina, or as many knew him Karmenu passed away over the last few days, and a simple scroll on anyone’s newsfeed is enough to realise that we lost another giant, who, through his work has impacted the lives, and the careers of many.

Teatru Malta Creative Director Sean Buhagiar, paid tribute to Aquilina, saying just how much he taught him, adding that he had suggested the first scripts which he had ever directed in 2006. “I am forever indebted to him,” Sean wrote on Facebook.

Theatre Director Adrian Buckle said that on Karmenu’s tuition he built his “knowledge, love and enthusiasm for theatre,” describing him as “a great man, a great pedagogue and a great practitioner.”

Tributes have literally not stopped pouring in. Malta’s centre for creativity, Spazju Kreattiv described Aquilina as a pillar of Maltese theatre. “His memory will live on in the many students he taught.”

MP David Thake also joined the tributes on social media for Karmenu Aquilina, who he had met when he was a 6th Form Student at the Liceo.

Local Actor Carlos Farrugia, saluted Aquilina with a phrase which he used to tell them every time they used to hold a discussion of sorts over a new script.

“Karmenu used to always tell us to ‘let the cake settle,’ after an intensive script-writing session,” Carlos wrote.

Local cartoonist Gorg Mallia also paid tribute to Karmenu Aquilina, by posting one of his iconic cartoons, and such a heartfelt post. “They’re all personal this year,” Gorg wrote.

“Just heard that Carmel Aquilina has died! A wonderful actor. A great stage director. A playwright of no mean capability. A beloved teacher. And a man I knew quite well in the past… a respectful man who gave all to his profession. A good man! A man who lived for his art,” he added.

Local actress and TV personality Clare Agius shared yet another touching tribute, stating that she owes her acting career to Karmenu.

I will never forget your subtle humour, your intellect , your ‘set in your ways’ life motto but most of all your insight into people and ability to recognise what people are actually made of and bring out the best in them,” she wrote.

In what he described as another shock, local author Trevor Zahra said that Karmenu was the person who encouraged him and pushed him to write ‘Is-Surmast’ and ‘Hanut tal-Helu,’ two pieces which Karmenu then went on to direct. “He taught me a lot,” he said. “Above all, he was a gentleman and genuine.”

All of us at Bay would like to extend our heartfelt condolences to his family, his friends, and all his students!