We can’t believe these guys are coming to Malta on Valentine’s Day! 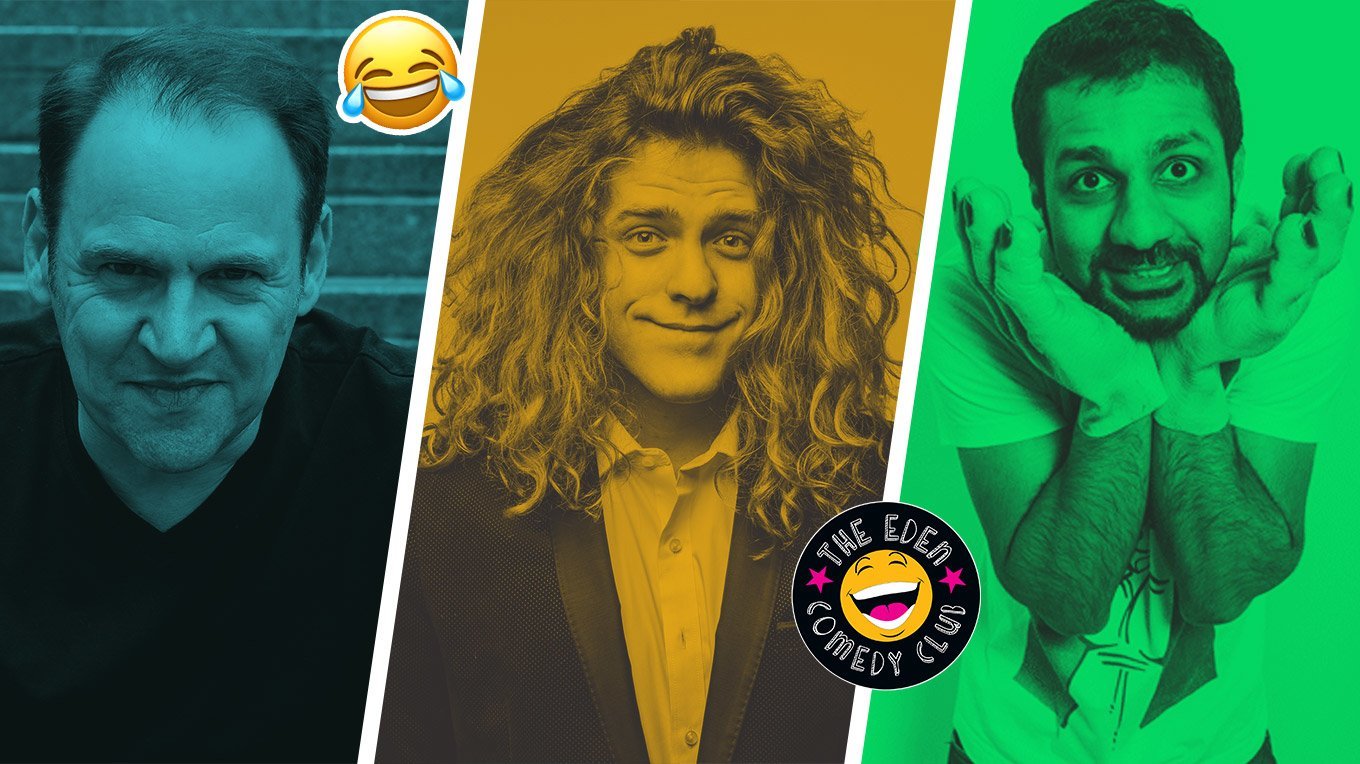 You and your loved one, in a newly refurbished Eden Cinemas, for a night full of non-stop, side-splitting laughter. That is what is in store for you this Valentine’s Day all thanks to the Eden Comedy Club.

Yep, Eden Comedy Club are bringing some of the most hilarious British comedians to Malta just so that they can brighten up your Valentine’s Day!

Comedy Club regular Geoff Whiting, once described as “one of Britain’s funniest men”, will be hosting the night. Whiting is the founder of Mirth Control Comedy and has a wealth of experience in working at all notable comedy clubs in Europe.

The ever- energetic, Mickey Sharma, will also be gracing the stage. Mickey Sharma’s mix of comedy and another form of artistry make him as unique as he is funny.

After a string of jobs, Sharma found his niche in stand – up comedy back in 2009. In 2009 after he gained recognition by taking part in a series of competitions & became a semi-finalist in the FHM Stand up Hero and, winner of the ‘King Gong’ & Bath Comedy Festival New Act Competition.

Last but certainly not least, Grant Busé will be making his Comedy Club debut! His unique brand of musical comedy is enjoyed by a wide variety of audiences.

His cheeky antics, clever song writing and razor sharp wit have established him as a “remarkable talent and one to watch” . His work has also earned him nominations for ‘Best Cabaret’ and ‘Best Comedy’ at Fringe World Festival and in 2018 Grant won ‘Best Cabaret’ at the Adelaide Fringe Weekly Awards.

So tag your British humour loving, comedy fan friends to grab your tickets.

Or better yet, surprise your stand-up loving loved one with the gift of laughter, cos get this, they even have special ticket offers for couples!

Unforgettable Valentine’s Day? Check. You can thank us later.

Doors will open at 7.30 pm, one hour before the show starts, with great offers at the bar!

Tickets are priced at €25 per person, with limited early bird offers at €18 and €30 per couple also available!

This event is sponsored by InterContinental Hotel Malta and Cisk

For tickets or more information please visit www.edencinemas.com.mt or call 2371 0400.