WATCH: You Can Now Explore Malta’s Underwater Historical Sites From The Comfort of Your Own Home 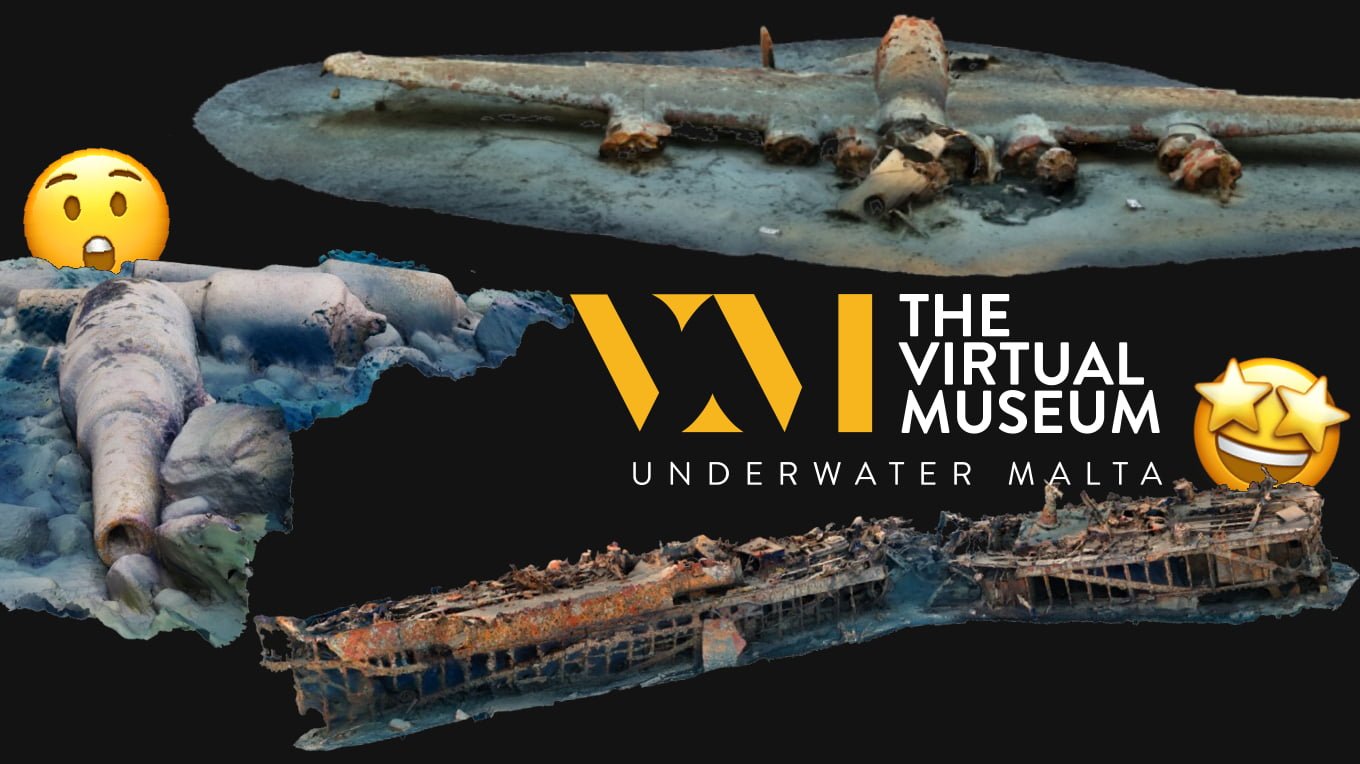 Various Maltese historical sites, spanning different eras located on the Maltese seabed which only divers have had access to so far, will now be accessible to everyone virtually free of charge. This is possible through a project launched by the Minister for Tourism and Consumer Protection Julia Farrugia Portelli. The project, worth an investment of €100,000, will be funded by the Malta Tourism Authority.

At a press conference held at Fort St. Elmo, Minister Farrugia Portelli described the Maltese and Gozitan seabed as one of the best touristic attractions rich in historical remains. “It simply came to our notice then that we should continue to promote it internationally. It is estimated that last year about 131,000 tourists visited our country specifically because they were attracted by this sector, while another 46,000 did diving-related activities while on holiday in our country. The project envisages that, through a specific website, we will be virtually showcasing archaeological sites on the seabed. A project that will strengthen our tourism competitiveness. This should serve to increase the interest not only for those who practice diving as their main hobby, but also to others who will be able to enjoy it all without diving. At the same time, we will be promoting our sea on a virtual platform,” said Minister Farrugia Portelli.

The University of Malta is also taking part in this project in terms of research. In a speech for the occasion, Professor Timmy Gambin, a researcher at the University of Malta, stressed the importance of the vision of Minister Farrugia Portelli to support research in the field of cultural heritage of the seabed. This will boost the work done by the University of Malta, and he hopes that this collaboration will continue in the coming months, as it will certainly bear more fruit that contributes to the Maltese tourism product.

Dr Gavin Gulia, Chairman of the Malta Tourism Authority, said that once again the Authority was instrumental in making another ambitious project a reality. He expressed his satisfaction and said that he looks forward to the Authority together with the Ministry continuing to offer their collaboration in order to further improve the Maltese tourism product, which can even be advertised abroad.

The chairman of Heritage Malta Anthony Scicluna stated that, after years of underwater archaeological research off the coast of the Maltese islands, where a number of deposits of cultural value have been discovered and documented on maps, these will now also be accessible to a wider range of people in the virtual world. The Underwater Department of Cultural Heritage was committed to scanning artefacts – so we’re here today – more accessible to the public. The virtual museum includes sites ranging from the oldest Phoenician shipwreck in the Mediterranean, dating back 2,700 years, to World War II aircraft. During the pandemic, Heritage Malta rose to the occasion and worked on projects that would usually be impossible to work on, with artefacts that have been scanned with state-of-the-art technology and which are also included in this virtual museum. 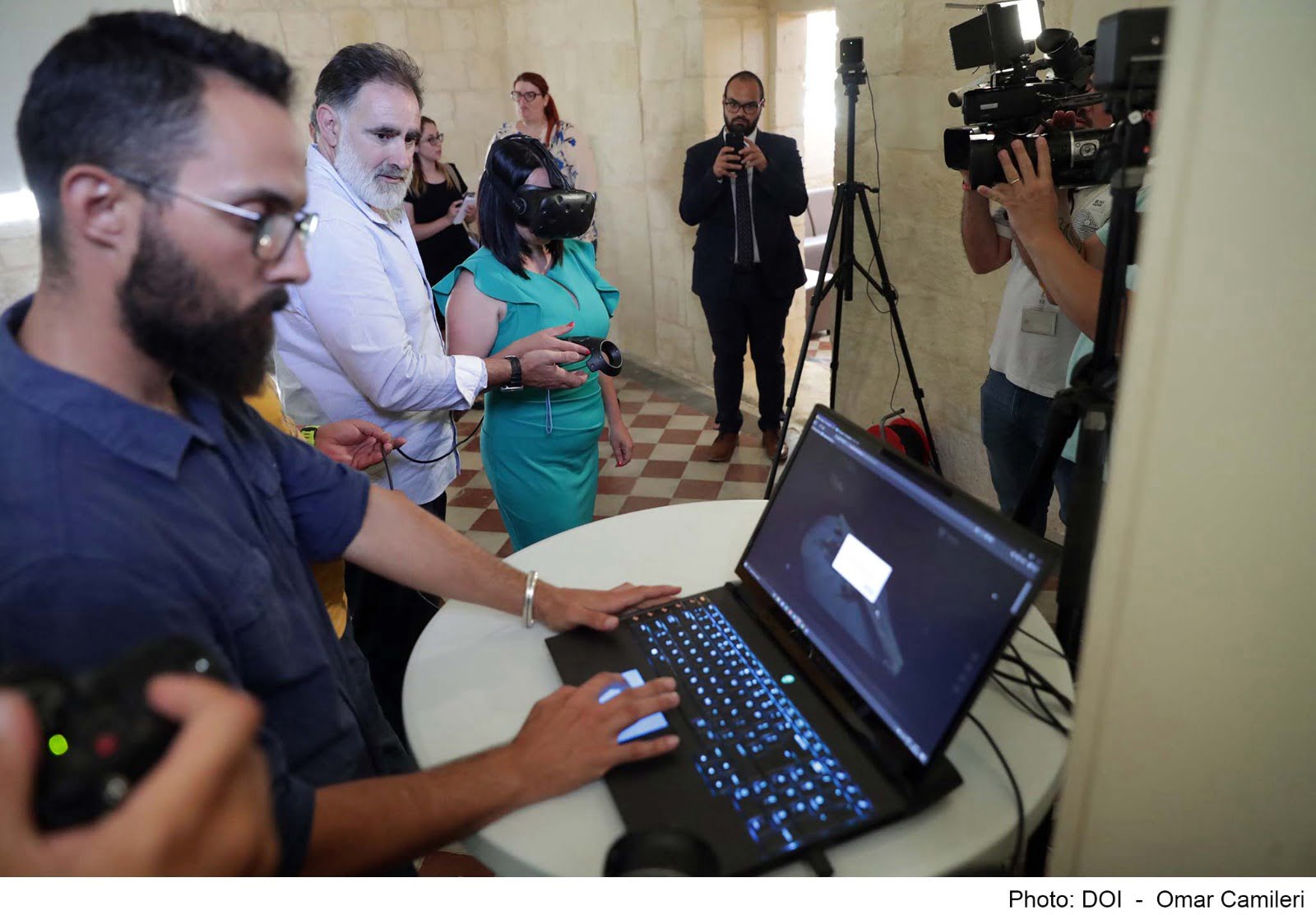 The sites will be accessible through the use of 3D models and virtual reality. Initially, there will be access to 10 sites located at a depth ranging from two meters to 110 meters. By the end of this year, another 10 sites will have been added, and another number is expected to increase over the next year.

The 10 sites launched today are submarine HMS Stubborn and aircraft JU88, located off St Paul’s Bay; British destroyer HMS Maori and supply vessel X-Lighter, located in the Port of Marsamxett; remainings of a Phoenician Shipwreck located outside Xlendi, Gozo; the Beaufighter and Fairey Swordfish aircrafts, off St Julian’s; the B-24 Liberator aircraft, located off Marsaxlokk; Victorian-era cannons and S-31 Schnellboot located outside the Grand Harbor.

This virtual experience can be enjoyed through the site https://underwatermalta.org/ where, among other experiences, one can make use of the Virtual Reality Headset to have an even better experience of these sites.