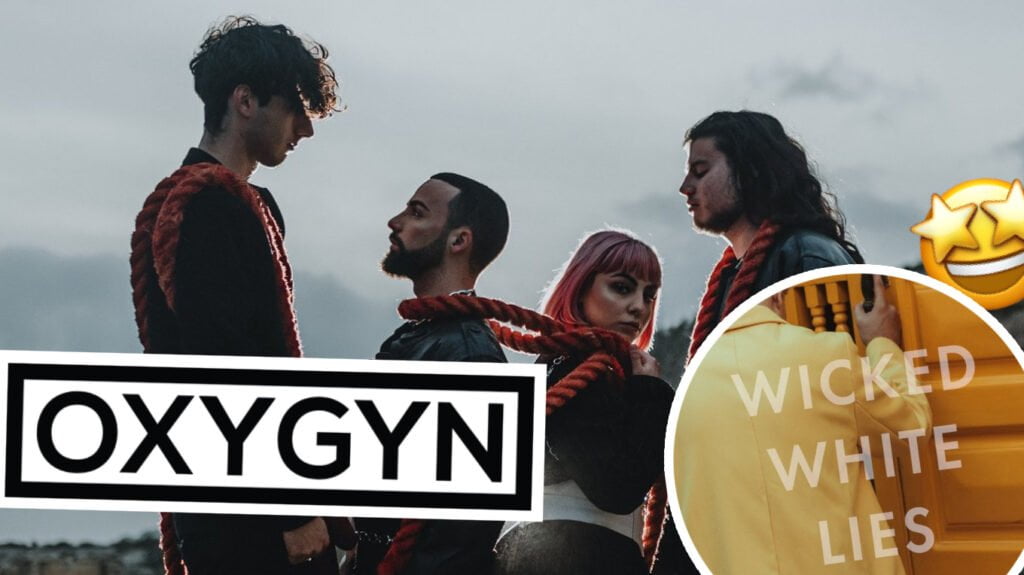 Oxygyn, ​a local band composed of sibling vocalist duo Katia and Kurt, as well as Luke (Funky Monkey) who produces the tracks, and Zack on guitars, have just released their new track entitled ‘Wicked White Lies’. Alongside this, the band have also released a music video for the song, as a continuation from their last effort ‘Venom’.

‘Wicked White Lies’ is the band’s fifth original track since their inception in 2015 with their track ‘Corrode’. From their humble indie-folk roots, Oxygyn have evolved their style into a more electronic, yet meaningful indie-pop direction.

Their newest song expresses a sense of denial and suspicion. It is about when an individual starts to question both themselves, and those around them. Ultimately, the song comes to a crux when the individual makes amends with their intrusive thoughts, and decides to accept themselves and the situations they find themselves in.

The music video, shot by TechNoir and featuring Ethan Mills, reflects the message of the track. It tells the story of the journey a person experiences within a society. In the beginning of the video, the protagonist blends in with the rest of society.

Throughout the video, the protagonist struggles between remaining within the boundaries set by society, or to stand out. Finally, the individual decides to embrace himself, and emerge back into society as a self-actualised being.

The track is co-produced, recorded and mixed by Peter Borg at Railway Studios, composed by Janelle Borg, with lyrics by Kurt Abela. Special thanks goes to 141 Records, Christian Cauchi for photography, Jeandor for styling, and Ta’ Spiru Barber Shop for sponsoring the video.

Be sure to tune in to Malta’s Top 10 with Jake, Mondays at 9pm to see whether this brand-new track will make it on Bay’s list!