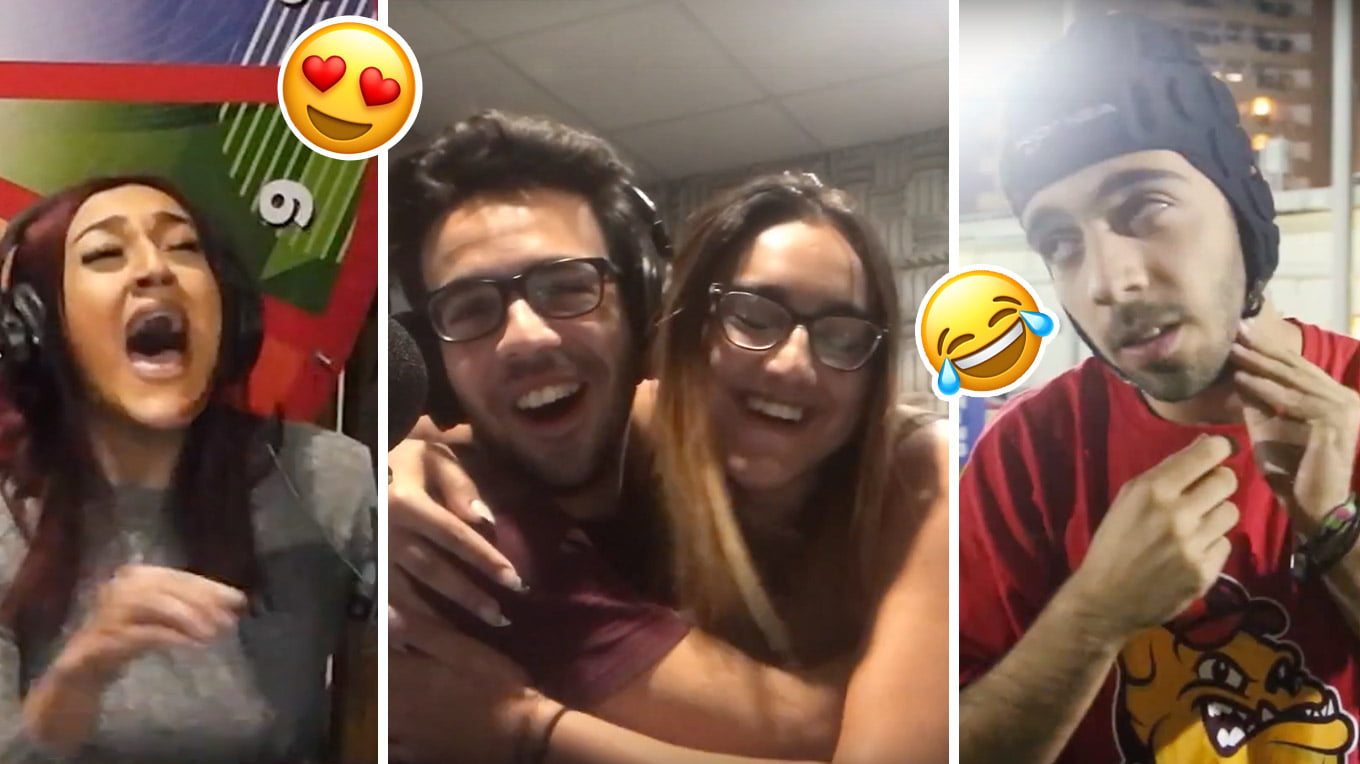 It’s been two years since our Breakfast duo started their show together.

We thought we’d take you on a little trip down memory lane with the funniest and cutest Bay Breakfast moments in the past 2 years.

Like that one time we made Daniel try rugby

And realised that he can’t squat to save his life … or play rugby for that matter.

But he still gets an A+ for trying.

Or when they gave singing hit songs in Maltese a go

Then Francesco joins in and steals the limelight.

But mostly, because Camila Cabello’s ‘Havana’ sounds hella weird in Maltese, doesn’t it?

I kid you not, this has to be one of our favourite Bay Breakfast videos.

Between Ylenia saying she’s the star of the show, to falling in love with Daniel, it’s a must watch Bay Breakfast clip.

And if you look closely, you’ll see a crowd of the Bay family forming on the side of the studio, watching in disbelief.

Now just to make things clear, Daniel & Ylenia aren’t a couple, but they spend so much time together that you can say they know each other inside and out.

Was pretty funny until the questions got a tad awkward and things got a bit too real. Still made us laugh though.

That crazy time when both of them jumped off a plane …

This was like one of those – I want to look away but I can’t moments.

Saying that they celebrated their one year Bay Breakfast anniversary in style is an absolute understatement.

Daniel may have enjoyed shocking up Ylenia a bit too much

Loads went on during the non-stop 28 hour marathon, but this has to be one of the highlights.

Ylenia tried one of the minor Liquorish adventure challenges, and didn’t seem like she enjoyed it….

Daniel however …. don’t worry, she got him back though.

But don’t worry, she got back at him

SURPRISE!!! Ylenia just got her face stickered all over Daniel’s car is shocking pink.

We even made Daniel try Gostra

That doesn’t stop us from making him try different ones out though.

Giving the traditional Gostra a go was one of them … together with some faces you might recognise.