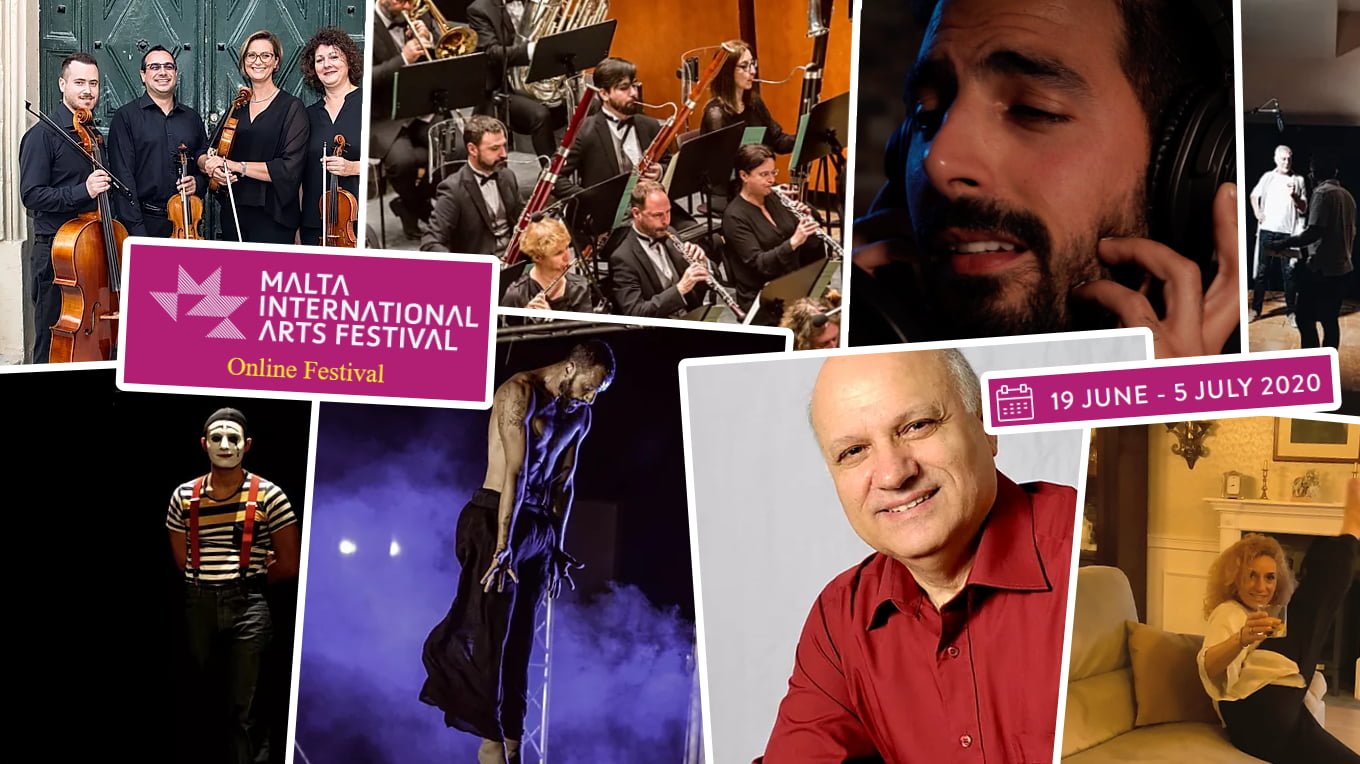 Festivals Malta and the Ministry for National Heritage, the Arts and Local Government have launched this year’s edition of the Malta International Arts Festival (MIAF) as part of their Summer Festivals cultural calendar.

Given the restrictions on public gatherings, put forth by the health authorities, it was not possible to proceed with the traditional format as originally planned. In this light, the Festivals Malta team, together with Artistic Director, Ruben Zahra, endeavoured to create a new programme that embraces social distancing measures; postponing their original plans to next year’s edition of the festival. As a result, the MIAF is embarking on a virtual strategy, between the 19th of June until the 5th of July.

Minister for National Heritage, the Arts and Local Government, José Herrera stated that over the past weeks the Ministry, through its Public Culture Organisations, has managed to continue sustaining the culture industry through the various initiatives undertaken during the recent unprecedented times. “It is encouraging to see The Malta International Arts Festival, which is one of the highlights of the summer festival scene in Malta, still being held online in spite of the current restrictions. Festivals Malta has yet again managed to come up with an interesting programme involving so many artists.” Remarked Minister Herrera.

Festivals Malta Director, Annabelle Stivala, stated that “As Festivals Malta, we feel that it is our duty to not only provide a source of entertainment for aficionados of arts and culture, but to also act as a lifeline by providing support to our local artists.”

The MIAF – Online Edition, will feature a considerable number of local artists whilst highlighting the three main pillars of performing arts: Dance, Music and Theatre. The online festival will feature 12 videos produced in collaboration with Spazju Kreattiv, the Malta Philharmonic Orchestra, Teatru Malta and the Malta Society of Arts. It promises an exciting line-up of nine productions, featuring choreographies by Dorian Mallia, Pamela Kerr and Rochelle Gatt accompanied by musicians Francis Camilleri and Luke Baldacchino, and composer Luc Houtkamp. It also includes three music ensembles featuring the Malta Philharmonic Orchestra. From the theatre genre, authors Trevor Zahra, Simone Spiteri and Malcolm Galea penned a variety of monologues which are being interpreted by Joseph Galea, André Mangion and Mikhail Basmadjian.

As a symbol of unity and solidarity during these uncertain times, over 100 local artists have come together in three artist collectives, featuring choreographed dances, a modern rendition of ‘Kemm Hu Sabiħ’, originally sung by Sammy Bartolo, and a recital of Oliver Friġġieri’s poem ‘L-Għajta ta’ Malta’ in collaboration with Teatru Malta. During the festival, Festivals Malta will also be releasing ‘The Archive Series’, which includes five performances from the 2019 MIAF edition, that will be streamed online in their entirety for free.

The MIAF will also be showcasing a segment called ‘Opera Highlights’, which has been integrated in Festivals Malta’s Hybrid Festival, which will be touring over 50 localities around Malta, taking live music concerts to the people.

Artistic Director, Ruben Zahra, stated the importance of creating an engagement between audiences and artists in such challenging times. Zahra explained, “Arts and culture are perhaps even more important now than ever. We need to reach out to our audiences and engage our artists so that creativity may shine through the dark clouds. It is during these times, that we need to give greater value to culture, national heritage and most of all our artists, so that we can unite together in a sense of hope and solidarity.”

The Malta International Arts Festival – Online Edition is taking place between the 19th June and 5th of July. For more information visit: https://www.festivals.mt/miaf