The Collins Dictionary Word of the Year Is…

‘Lockdown’, the containment measure implemented by governments around the world to mitigate the spread of COVID-19, has been named the Collins Word of the Year 2020. Several other words related to the pandemic are included in Collins’ longer list of ten words of the year, which you can see below.

The Collins’ lexicographers chose ‘lockdown’ as Word of the Year because it is a unifying experience for billions of people across the world, who have had, collectively, to play their part in combating the spread of COVID-19. Collins registered over a quarter of a million usages of ‘lockdown’ during 2020, against only 4,000 the previous year.

It’s no surprise that quite a few of the words on Collins Word of the Year 2020 shortlist have one big thing in common: the pandemic. Something that changed everyone’s lives so profoundly – leaving no country or continent untouched – was bound to have a significant impact on our language. And our list shows us that it’s not just about the disease or its symptoms.

The word “coronavirus” is there, of course, with an extraordinary 35,000-fold increase in use year-on-year. But the social impacts – the changes to our behaviour and way of life – loom even larger.

Other words are related to the pandemic, as we said, including what people found themselves delving into, when in lockdown or isolation.

One group of people who had to keep going, come what may, of course, were the “key workers”: not just doctors, nurses – but also refuse collectors, postal staff, and maintenance workers – all those who keep the wheels of society turning.

The impulse to show how grateful we all were, took physical form in terms of clapping on the doorstep, but also came through in countless messages on social media, which contributed to a 60-fold increase in usage compared with 2019. 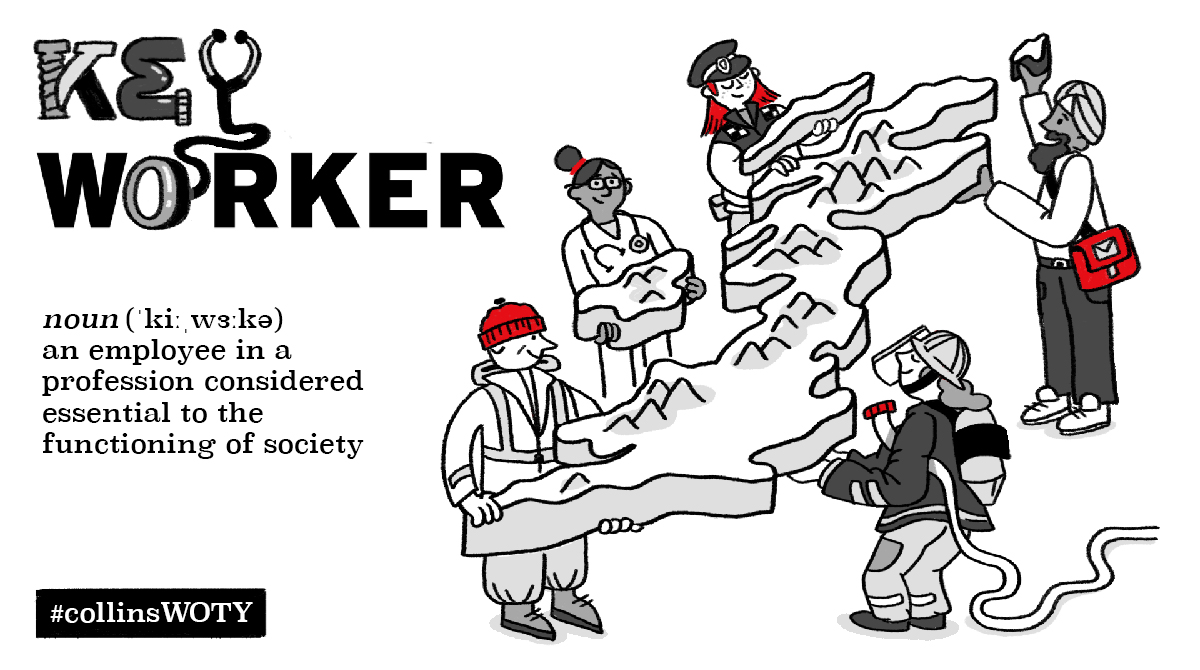 “BLM” – or Black Lives Matter – was a huge antiracism movement that showed that social progress is possible even in the midst of a health crisis. 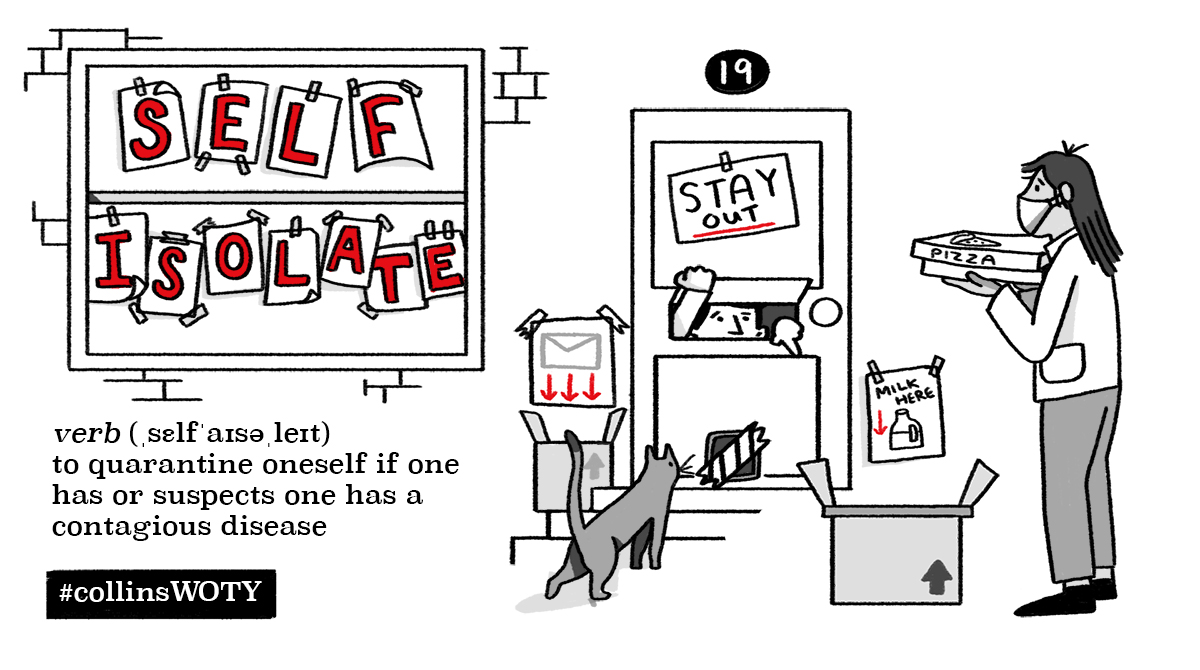 The restrictions placed on how we move about and interact with one another arguably had the most impact. And they’re represented first and foremost by “social distancing”, a concept now so pervasive that it has also entered the language as a verb, “to socially distance”.

Another way in which we’ve had to extend the exclusion zone around our bodies is by “self-isolation”, which is now more commonly used as the verb “to self-isolate”, as in “I’m self-isolating after developing a cough”. 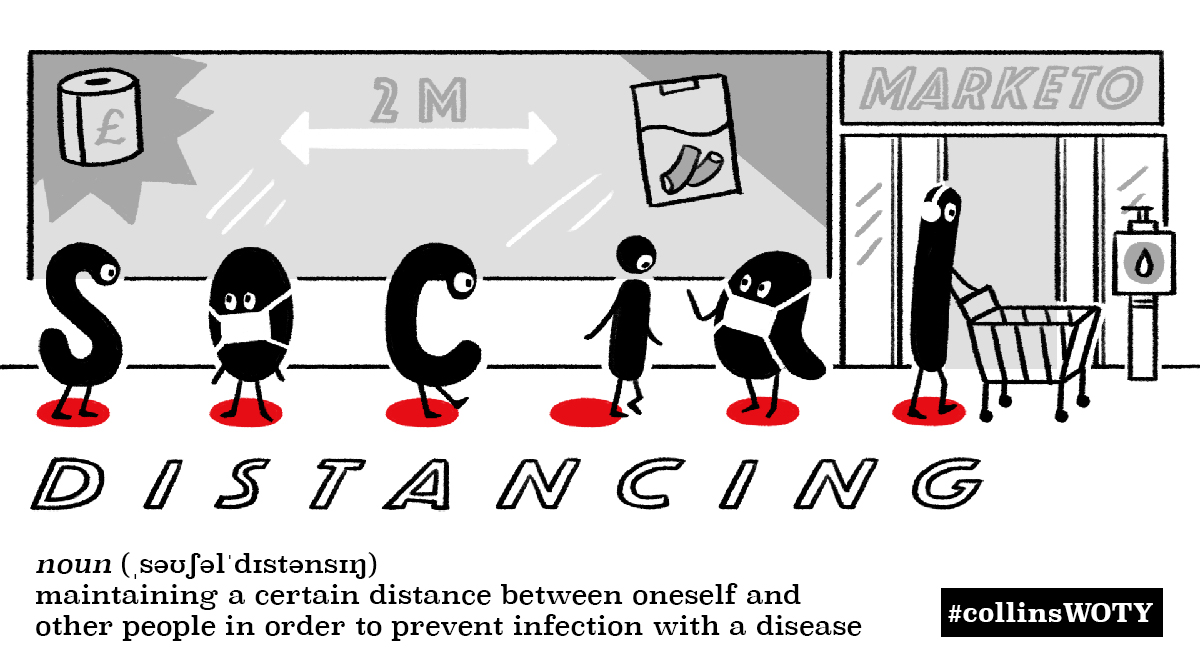 Pandemic-aside, other things happened! For example, “Megxit”. Harry and Meghan’s decision to stand down as senior members of the royal family was a classic piece of tabloid fodder in a year otherwise lacking in these tokens of relative normality. 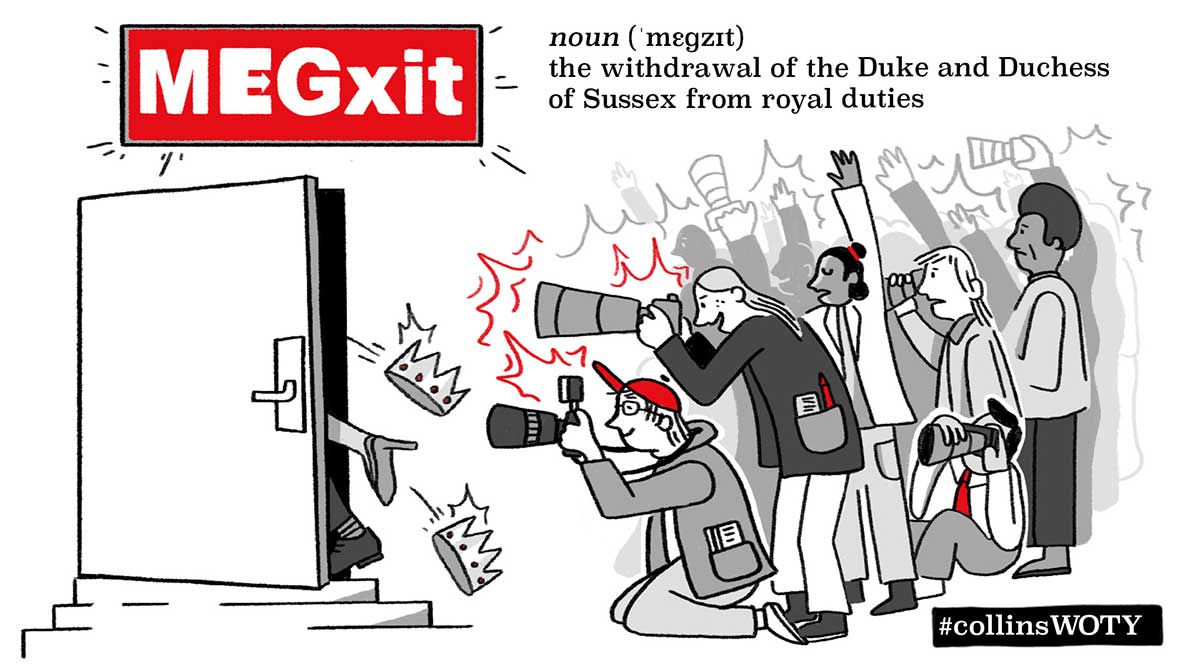 The internet carried on its merry way, producing terms like “TikToker”. The video-sharing site eclipsed all others as a venue for memes and a peculiar new kind of self-expression, at least for Generation Z, for whom TikToking is practically a way of life. 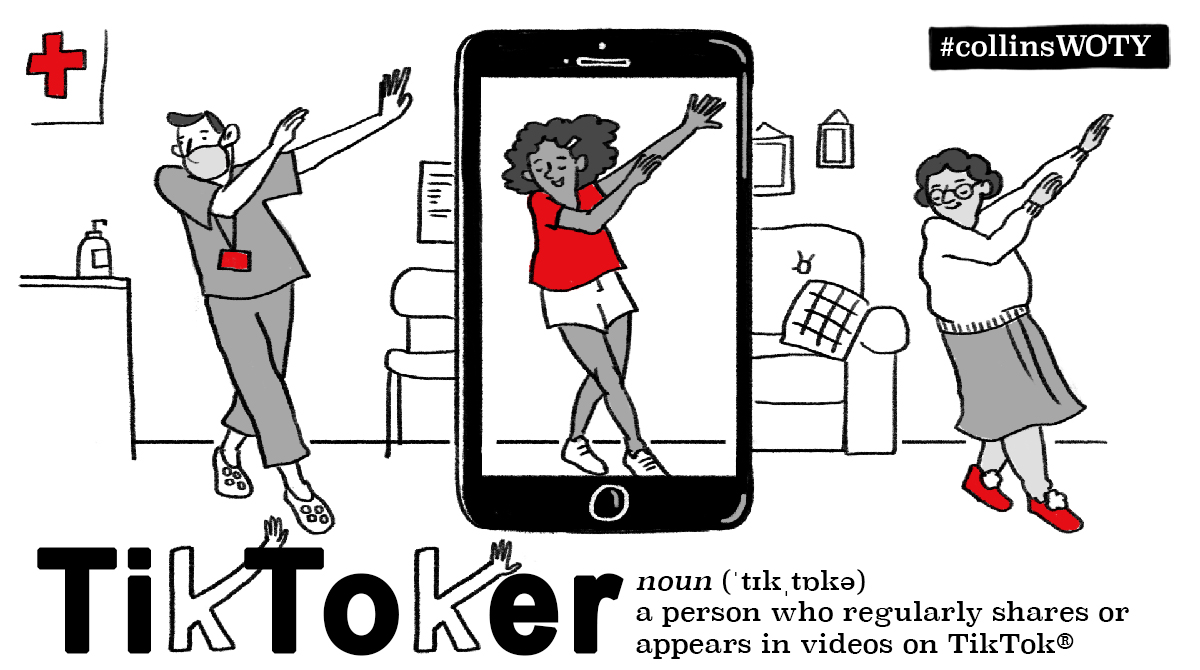 There’s just one more word left – and I feel it’s good to out on a “mukbang”. With syllables redolent of mess and noise, this is in fact one of English’s very few Korean loanwords (another is taekwondo).

It simply means “a video or webcast in which the host eats a large quantity of food for the entertainment of viewers”. This might be a strange concept – but at least it’s one no lockdown or social distancing can get in the way of. 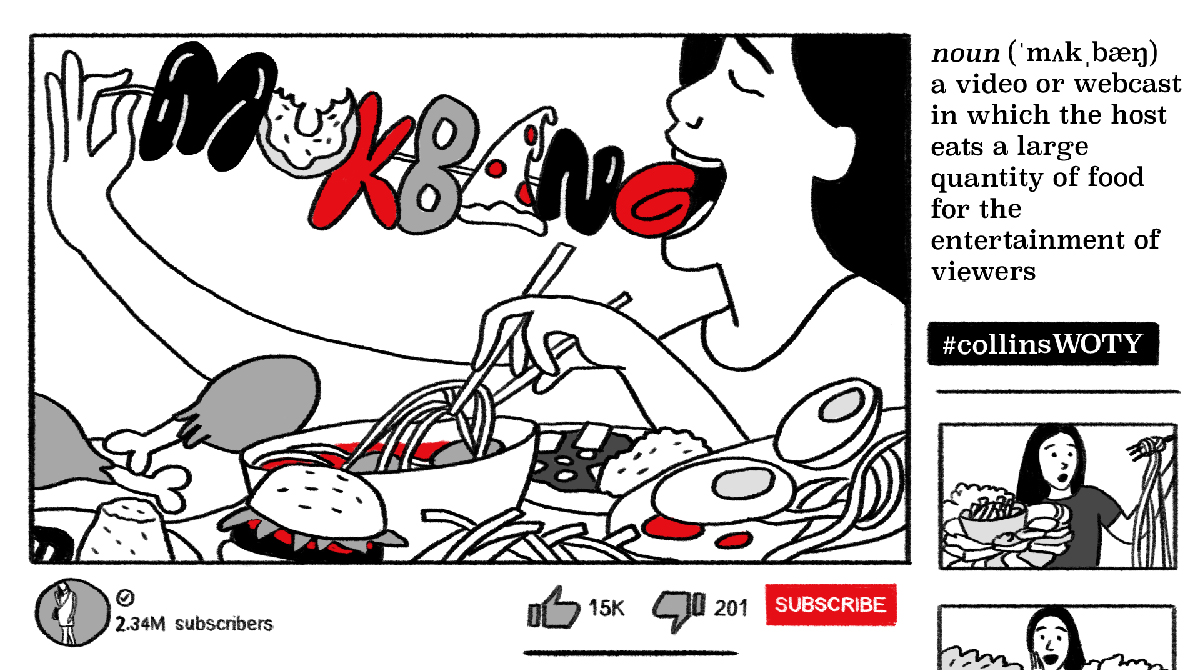