A fellow local, Victoria Guglielmini, is the face behind the importation of our beloved, local pastizzi to the town of Greenlaw in Scotland…and they’ve made quite the success among the Scottish!

In a chat she had with us here at Bay, she explained, ‘I always used to get pastizzi from Malta when I visit and during last year’s lockdown, I decided to buy the shop in front of my house and turn it into a tearoom, we called it Amaretto… We opened back in October, which is when we started importing local pastizzi, Kinnie, and even Twistees’.

Victoria went on to explain that she moved to Scotland back in 2001 and that besides importing Maltese goods, she also bakes. However, due to the recent lockdown, they are currently operating on a take-away basis only.

Obviously, we addressed the elephant in the room and asked her how the Scottish reacted to our infamous pastizzi! She explained, ‘they went crazy over them! I was surprised the Scottish would love them so much, especially since I initially got them for the Maltese people living in Scotland like me, but they knew it was a Maltese delicacy and they wanted to try. They fell in love with them’.

Most of her clients have also visited Malta in the past, and of course, Victoria chose to import the pastizzi from none other than the pastizzi king himself, Ta’ Serkin.

Some Maltese people residing in Scotland have even gone down to Amaretto from different parts of the country for a nostalgic taste of home! Oh, and despite being in a foreign country, the shop insists on calling them pastizzi. As the owner explained, ‘if you know how to say it, then say it, and if you don’t, then you have to try’.

We’re glad the Scottish love pastizzi as much as we do! What country do you think they’ll land next? 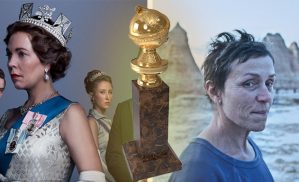