Malta’s capital city has been showing off its cultural side with the opening of its flagship national community arts museum, The €10 million Muza centre is the centerpiece of Valletta’s 2018 European Capital of Culture. The official opening of the new state-of-the-art interactive gallery was attended by the Prime Minister, Culture Minister Owen Bonnici and Heritage […]

Valletta is set to welcome 2019 in style with 89.7 Bay. The capital city’s New Year’s Eve celebrations will feature 89.7 Bay presenters Pierre Cordina and Owen Bonnici leading the official countdown to midnight and the start of 2019. Pierre said: ‘Get ready for great music, spectacular fireworks and the most thrilling night of your life. The […]

Valletta’s reign as European Capital of Culture year has officially come to a close with a huge celebration and street party. Thousands braved the cold weather on Saturday night to enjoy a spectacular show in Republic Street and St George’s Square. The Big Dancers were back with their colourful puppets leading the way to the […]

Valletta’s reign as European Capital of Culture for 2018 came to an end on Saturday night. More than 400 cultural events have taken place in the city since the beginning of January. A special closing ceremony and concert was held on Saturday night from 6.30pm in St George’s Square in Valletta. Valletta 2018 chairman Jason […]

10 of the prettiest streets in Valletta this Christmas

If you regularly visit Valletta, you will know it’s breathtakingly beautiful – and Christmas time is no exception. In fact, the stunning lights, awesome street decorations and cheerful atmosphere make this an especially spectacular time to visit Malta’s capital city. Christmas decorations are standard in any city but Valletta has really taken it to the […]

Hundreds of shoppers have been left in awe by Valletta’s big Christmas lights switch-on. Malta’s most famous shopping street was transformed into a winter wonderland with a set of brand new lights for 2018. Republic Street … Publiée par Etienne St John sur Lundi 19 novembre 2018   Social media users posted their photos of […]

Valletta to reach millions of viewers on Euronews 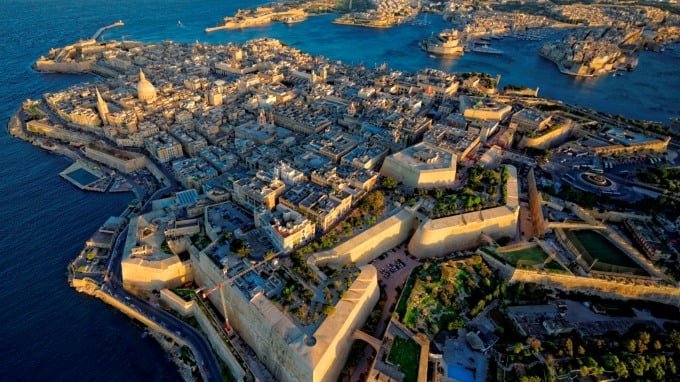 A documentary celebrating the beauty of Malta’s capital city is to feature on one of the largest European news channels. The 25 minute programme on Euronews will explain how Valletta transformed itself to become the European Capital of Culture of 2018. A spokesman for Valletta 2018 said: ‘The documentary includes several stunning shots of Valletta.’ […]

Valletta gears up for Christmas lights switch on

Valletta is gearing up for a festive transformation this week. The Christmas lights will be switched on in Republic Street on Monday evening, heralding the start of the festive season in Malta. The capital’s biggest shopping destination is set to sparkle once again in 2018, with crowds expected to gather in their droves for the […]

You’ll be able to take a special piece of Malta’s capital city home with you this summer. Three limited edition Coca-Cola bottles have hit the shops to celebrate Valletta 2018, the city’s year as the European Capital of Culture. They were designed by MCAST student Maria Graziella Zammit and inspired by the city’s architecture and […]

A record number of people have visited Malta’s capital city in the first six months of 2018, according to new figures. Between January and June, more than 317,000 people attended events celebrating Valletta’s year as European Capital of Culture. Valletta 2018 chairman Jason Micallef told 89.7 Bay: ‘These results are a clear indication that Valletta […]

5 brilliant things to do in Valletta this May

A controversial street art project to celebrate Valletta 2018 has suffered a major setback. Six statues were badly damaged after being unveiled on the streets of the capital just 24 hours earlier. The chairman of Valletta 2018 blamed ‘vandals’, describing them as ‘ignorant’ and ‘an utter disgrace’. Jason Micallef claimed ‘sick minds could not stand […]

Valletta 2018 kicks off in spectacular style

Malta made history on Saturday night with the biggest party the island has ever seen. More than 80,000 people watched as Valletta was crowned the European Capital of Culture for 2018. The capital city’s four main squares each hosted spectacular performances in a night described by thousands on 89.7 Bay‘s social media platforms as ‘amazing’, […]

An exhibition about the history of the Triton Fountain has opened at the Maltese Parliament in Valletta. As well as telling the story of how the iconic monument was recently refurbished, the exhibition features some of the original designs by Maltese sculptor Vincent Apap. The artist, who died in 2003, was well-known for designing public […]

Another Maltese gem is getting a makeover to celebrate Valletta 2018. The facade of St John’s Co-Cathedral will be transformed by a spectacular lights projection show from Saturday. The first rehearsals have started ahead of the official opening ceremony to mark Valletta as European Capital of Culture. The chairman of the Valletta 2018 Foundation Jason […]

Valletta is THE place to be in 2018 for culture vultures

There’s no doubt about it – Valletta will be THE place to visit in 2018 for culture vultures. The Maltese capital’s preparations to host the European Capital of Culture next year have received a massive boost. Organisers of Valletta 2018 have won a top award for their efforts, earning the city an extra €1.5 million in EU funding […]