The Queen and Meghan Markle share a very special bond – their love of Malta. Both women have strong links to our island. Her Majesty, who also held the title Queen of Malta from 1964 to 1974, has had a soft spot for all things Maltese since she lived here for two years from 1949 to […]

The Duke of Edinburgh has ‘voluntarily’ surrendered his driving licence, Buckingham Palace has said. Prince Philip, 97, was involved in a serious road accident last month while behind the wheel near the Sandringham Estate. He was unhurt but was checked by a doctor. A woman who was travelling in a Kia that collided with the […]

The people of Malta have congratulated Meghan and Harry after they announced they are expecting their first royal baby. The couple told the Queen she would be having her eighth great-grandchild during Princess Eugenie’s wedding at Windsor Castle last week. The Duke and Duchess of Sussex were pictured beaming as they touched down in Sydney […]

The Queen has made her first ever appearance at London Fashion Week. She was there to present the inaugural Queen Elizabeth II Award for Design to fashion graduate Richard Quinn. Prior to the awards ceremony, The Queen took her seat on the front row next to Vogue editor Dame Anna Wintour to watch Quinn’s catwalk […] 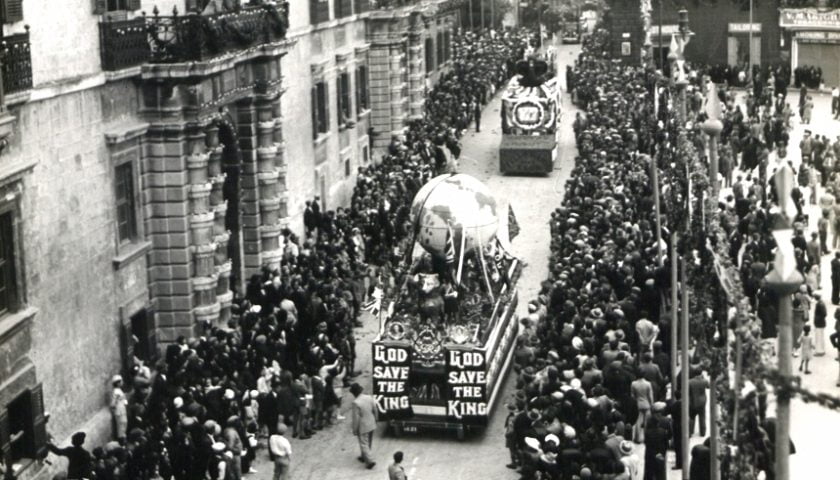 These stunning images show Malta celebrating a very special event 80 years ago. The streets of Valletta were decorated with hundreds of banners and flags in May 1937 for the Coronation of King George VI and Queen Elizabeth, the current Queen’s parents. A programme of royal events lasted nearly the entire month to commemorate the historic […]