Malta loves to reinvent itself. Once an important military base and reliant on heavy industry, the island has transformed itself over the last three decades and now has a vibrant restaurant, shopping, leisure and entertainment scene. These amazing images illustrate how Malta has changed over the years. History enthusiast Joe Scicluna from Qormi has compared an […]

The number of holidaymakers visiting Malta has soared to record levels, according to new figures. Data from the National Statistics Office in Valletta shows a 16% rise in the number of overseas visitors to almost 1.8 million. During the period between January and August, tourist spending increased by more than 10% to €1.5 billion. The […]

13 photos that will make you fall in love with Malta

You can probably guess that here at 89.7 Bay we really love Malta and Gozo. There are thousands of gorgeous places, buildings, beaches, views and everything in between that make for stunning images on Instagram. But, if you still need some convincing, let us help you out with some of our recent favourites right here. […]

And just like that, it’s 2018. Where did 2017 go? With January comes the opportunity to start afresh, with thousands of people in Malta and Gozo resolving to change something in their lives for the better. According to a new poll, the most popular New Years resolutions for 2018 in Malta and Gozo are as […]

Spring is on the way and you know what that means. Lots of videos celebrating the beauty of Malta and Gozo. This latest offering from Sprout Media captures the magic of Valletta’s ramparts and the historic Saluting Battery overlooking the Grand Harbour. The Saluting Battery is one of Malta’s most vibrant visitor attractions where history […]

When you think of Malta it’s easy to picture golden sandy beaches such as Pretty Bay and crystal clear sea like the Blue Lagoon. But the quaint valleys and Instagramable countryside are sometimes overlooked, despite being just as beautiful to explore. Gozo offers some of the most breathtaking sights in winter when the countryside turns […]

When to see the supermoon over Malta this weekend 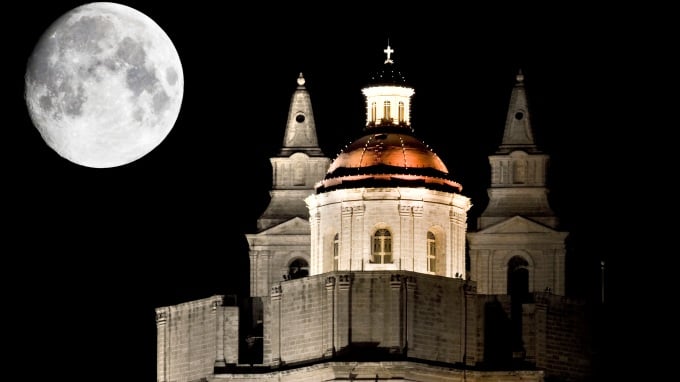 If you look up at the moon this weekend it might look bigger and brighter than usual. That’s because it’s a supermoon!   Unlike the sun, it’s safe to look directly at the moon and you can use a telescope or binoculars. If you miss the supermoon because of cloudy weather over Malta, you can […]

Malta’s top photographer has celebrated World Photography Day by taking a series of stunning snaps. Daniel Cilia spent the whole of Saturday capturing incredible pictures of Gozo – using just his trusty iPhone camera. He told 89.7 Bay: ‘All the photos were done with a smartphone and no DSLR. ‘They were all taken and posted […]

A pivotal moment in Maltese history has been brought back to life this weekend. Valletta’s main military bunker is hosting special events to mark the 75th anniversary of Operation Pedestal, the Santa Marija convoy which saved Malta in August 1942. To mark the anniversary, the underground nerve centre is hosting a series of historical re-enactments, using […]