The leader singer of Maltese band Winter Moods has led a flood of emotional tributes to a motorcyclist killed in a horrific road accident. Ivan Grech revealed his shock at the tragic death of one of his closest friends. Boris Cini, 43, from Balzan, died when his motorcycle crashed into a wall in the Tal-Qroqq […]

Police have questioned a car driver over the death of a cyclist on Malta’s busiest road. Zoran Pavlovic, 53, died in hospital after he was hit by a Toyota Vitz on the Regional Road. Police told 89.7 Bay the car was being driven by a 35-year-old Libyan man who lives in Msida. The crash happened […]

Tributes have flooded in for a Maltese teenager killed in a road accident in St Julian’s. Denilson Briffa, 19, worked as a food delivery biker. Malta Police told 89.7 Bay he died on Thursday night after crashing his motorcycle on Birkirkara Road. The accident happened at around 11.30 pm as he was heading home after […] 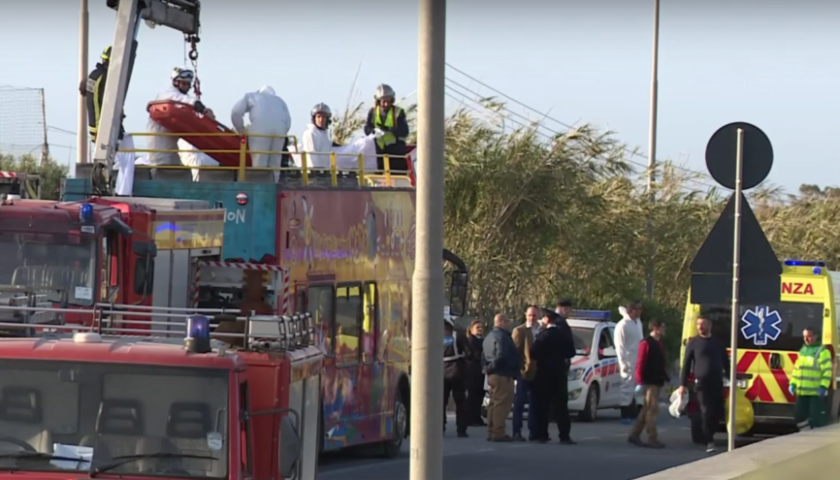 A biker has died in yet another accident on Malta’s Coast Road. Daryl Aloisio, 36, from Fgura, was critically injured when he slammed into a crash barrier. He was rushed to hospital but died shortly afterwards. A Malta Police spokesman told 89.7 Bay: ‘The man died after he was admitted to Mater Dei Hospital following […]

A Maltese model has died after being involved in a horror car crash in Burmarrad. Christa Formosa, 23, from Iklin suffered serious head injuries in the accident on Saturday morning. Police said she lost control of her green Ford Ka, mounted the pavement and uprooted a tree before crashing into a street light. She was rushed […]

There have been calls for the speed limit to be reduced at one of Malta’s most notorious accident blackspots. Concerned Facebook users took to social media to demand action after eight people were seriously injured in a crash involving three cars in Mosta. A five-year-old boy was among those hurt, however police described his injuries […]

Two teenagers have been rushed to hospital after a horror crash in Gozo. The accident happened at around 7pm on Wednesday night on Marsalforn Road in Zebbug. Police said a car driven by a 19-year-old man from Xagħra overturned and ended up on its roof. A 17-year-old girl from Għajnsielem, who was a passenger in […]