This ‘exclusive’ photo shows Malta’s ‘secret second airport’ has opened for business on the tiny island of Filfla. And if you believe that, you’ll believe anything. Welcome to the wonderful world of the man who’s been dubbed the Photoshop supremo of Malta. Social media prankster John Scicluna from Rabat has had hundreds of Facebook users […] 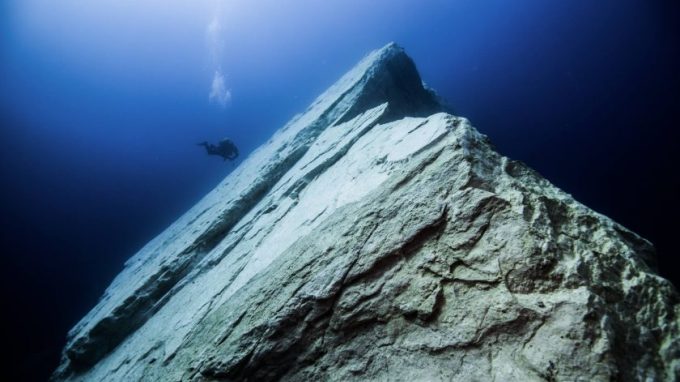 Should Gozo’s Azure Window be rebuilt IN STEEL?

It was once one of the most famous landmarks in the Maltese Islands. And now, more than 18 months after it dramatically collapsed into the sea, an architect has unveiled ambitious plans to rebuild the Azure Window at Dwejra in Gozo. Svetozar Andreev, who owns St Petersburg-based architecture firm Hotei Russia, wants to re-create the iconic […]

The collapse of the Azure Window has officially become the biggest social media event in Maltese history. Instagram revealed more than 10,000 pictures of the Dwejra landmark were uploaded on the photo-sharing website on the day it crashed into the sea. Images of the Azure Window dominated the hashtags #malta and #gozo on the social […]

Gozo is named the best diving spot in the Med

Gozo’s former Azure Window has been reborn as the hottest dive site in the Mediterranean. Diving enthusiasts claim the collapse of the iconic arch ‘is one of the best things to have happened to Gozo’. Since it crashed into the sea 18 months ago, thousands of divers have explored the cracked chunks of rock. Stunning […]

Gozo’s Azure Window ‘should be renamed the Azure Reef’

Gozo is renowned across the world for its diving. But now some diving schools are calling for the shattered remains of the Azure Window to be rebranded as the Azure Reef. The famous limestone arch hit the headlines around the world when it collapsed during a storm off the Gozo coast back in March. Since […]

It was once Gozo’s most famous landmark, visited by tens of thousands of tourists every week. But it seems the island is already missing the Azure Window. Dozens of disappointed holidaymakers have left scathing reviews on TripAdvisor, with some describing their visits to Dwejra as ‘pointless’, ‘terrible’ and ‘a complete waste of time’. The iconic […]