So if you’re struggling to get on to the property ladder, how about considering a home across the sea in Sicily?

The Italian town of Sambuca is offering the deal of the century by selling dozens of properties for just €1.

The hilltop village is offloading homes at bargain basement prices in a bid to revive the area that, like much of rural Sicily, has suffered from severe depopulation, with residents moving to bigger cities.

Buyers can snap up one of the €1 properties directly from Sambuca’s local council.

The town’s deputy mayor Giuseppe Cacioppo has promised potential buyers can collect the keys ‘pretty much straight away’.

So far a number of houses have been sold under the scheme, with people from South Africa, Australia, Canada, Switzerland, France and Spain also expressing interest.

Dozens more properties are up for sale in Sambuca for less than the price of a takeaway coffee.

So what’s the catch?

New owners must commit to refurbishing their property within three years, at a cost starting from €15,000, and will need a €5,000 security deposit.

This will be returned once the refurbishment is complete.

But buyers won’t be disappointed, according to Cacioppo.

He told CNN: ‘Sambuca is known as the ‘city of splendor. ‘This fertile patch of land is dubbed the earthly paradise.

‘We’re located inside a nature reserve, packed with history. Gorgeous beaches, woods and mountains surround us. It’s silent and peaceful, an idyllic retreat for a detox stay.’

The two-storey dwellings are built with reddish-pink stone and feature courtyards, palm gardens and arcaded entrances. #

It is also possible to see Mount Etna volcano on days when the sky is clear enough. 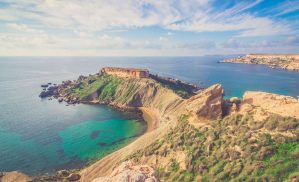 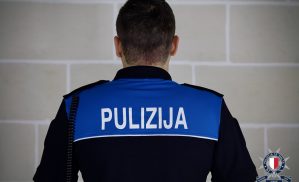