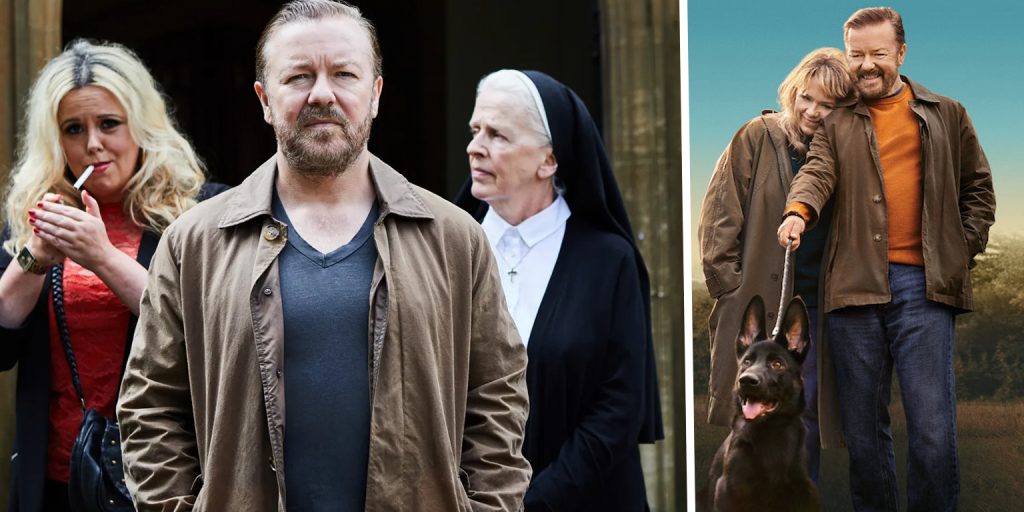 After Life is officially returning for a third season, as star and comedian Ricky Gervais has confirmed.

Season 3 of After Life is on its way, @rickygervais has confirmed https://t.co/G2jJ7wJM5X

The comedian was unsure of the dark comedy’s return to Netflix, but recently, he confirmed that he penned a script for the third edition last July. Now, the actor has also revealed when the crew will get to work filming, during an interview.

Thanks for all your lovely tweets about #AfterLife still flooding in after all this time. I'm glad it made you smile. Hope is everything. pic.twitter.com/Hu7cLJb7G0

However, Ricky also added that this third season will be the final instalment to the franchise, ‘I’ve never done a third series of anything’ he added. ‘But it felt right, and I fell in love with the characters, and I think this should be it.’

As it stands, no updates were made in regard to the plot or an exact release date. And if you’re unfamiliar with the series, the emotional comedy-drama centres around local newspaper writer Tony who is grieving for his late wife, Lisa, who lost her battle with cancer.

Ricky has finished writing #AfterLife3. He insists it will be the last instalment even if it is the most watched British sitcom in the world again. https://t.co/abEmTefoJp

Naturally, Tony grows bitter and resentful, angry at the world around him and everyone in it. So, he resolves to do whatever he wants – but this quickly becomes problematic.

By Season 2, Tony is still struggling but trying his best to restart his life and do better. Meanwhile, all the main cast members will be returning.