Last month, Nicole Agius from Attard was crowned (albeit a litte mix-up), Miss Republic of Malta 2020 during Miss Malta 2020. Nicole had already won this title in 2018, which is when she decided to go public with a condition which she has lived with all her life – ADHD. However, this was not something which she initially wanted to do.

Nicole sat down with Bay to talk about this decision, and what she has been through ever since.

“Back in 2018 when I was competing in Miss Malta, my mother had publicly announced that I have ADHD and I took it very badly.

I didn’t want to world to find out what I have because I always felt that I am not normal like other people. That day I switched off my phone and cried all day.

The next morning I was receiving messages where people were encouraging me and saying that they are proud that a girl with ADHD is competing in miss malta. The response I received was wild and later that week I received a call where they told me that they would like me to be an ambassador of ADHD, which is a very responsible role for an 18-year-old,” Nicole told us.

However, it was not all plain-sailing for Nicole after these announcements, as the online-bullying then kicked off. In fact, Nicole told us that she “received negative comments saying that I am publicly speaking for attention and to win a title, but that wasn’t the case, because I wanted to give hope to the younger generation who suffer from it, to show them that there is light at the end of the tunnel.”

What advice would Nicole give to all those teens and youths out there who would be scared to embrace this condition? Her advice is actually simple, yet very effective!

“For the younger generation it might be tough for them to admit that they have this condition, but with help of others and now with my help, I would teach them that it is just a normal thing, we have nothing less, we have nothing to be afraid of!”

We had to ask Nicole about the mix-up at this year’s ceremony, and we asked her about what she would tell to those aspiring models who find hurdles and stumbling blocks along the way.

Nicole told Bay that in these types of competitions you can never doubt yourself.

“You need to always believe in yourself. You don’t need a crown to be a winner. Being one of those finalists of Miss Malta is already a big step!  Everyone is a winner in their own way.  Never in a million years, I have imagined that I would place second again. but with hard work and dedication someday you will get there!”

Throughout this interview, we could not help but notice Nicole’s determination and positivity, which is extremely contagious. What is the secret, we asked?

Nicole also told us that she is now looking forward to working hard to represent Malta abroad, whilst telling us also that we should keep an eye out on her Instagram Profile, which is her preferred platform to drop hints on what she would be up to. 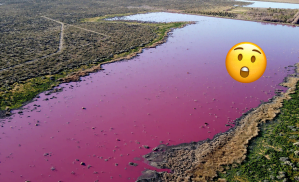