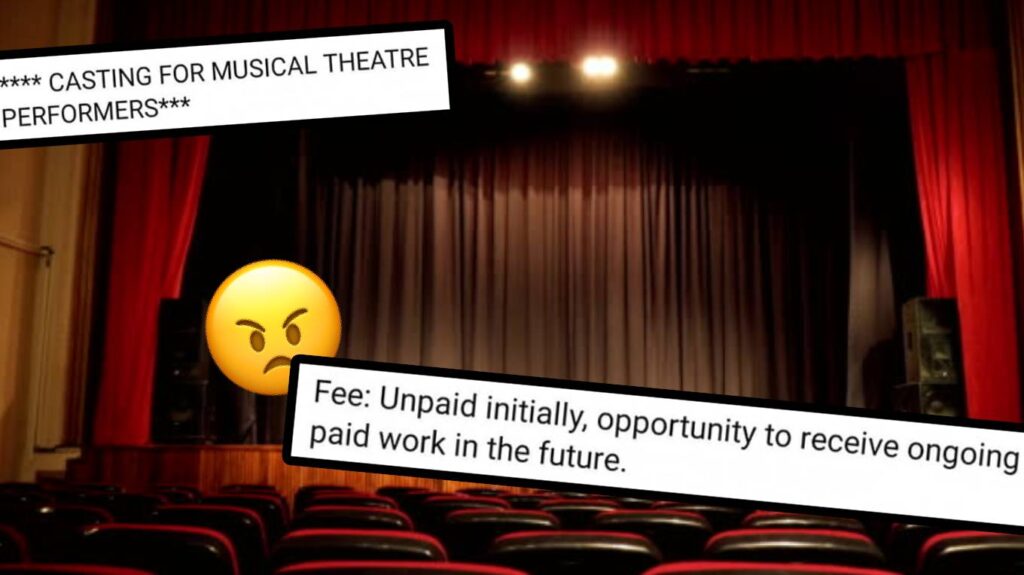 A screenshot of a Casting Call posted on a Theatre Facebook Group is causing outrage across social media as the call is for seasoned musical theatre performers. If it were just that then there would be nothing wrong, but scrolling further down is that part of the call which got local performers, who have been out of work ever since the pandemic started, angry – and rightly so.

Those reaching out to apply for this “show” will do so with no sort of remuneration ever, as the fee is unpaid initially, but with an opportunity to receive ongoing paid work in the future! 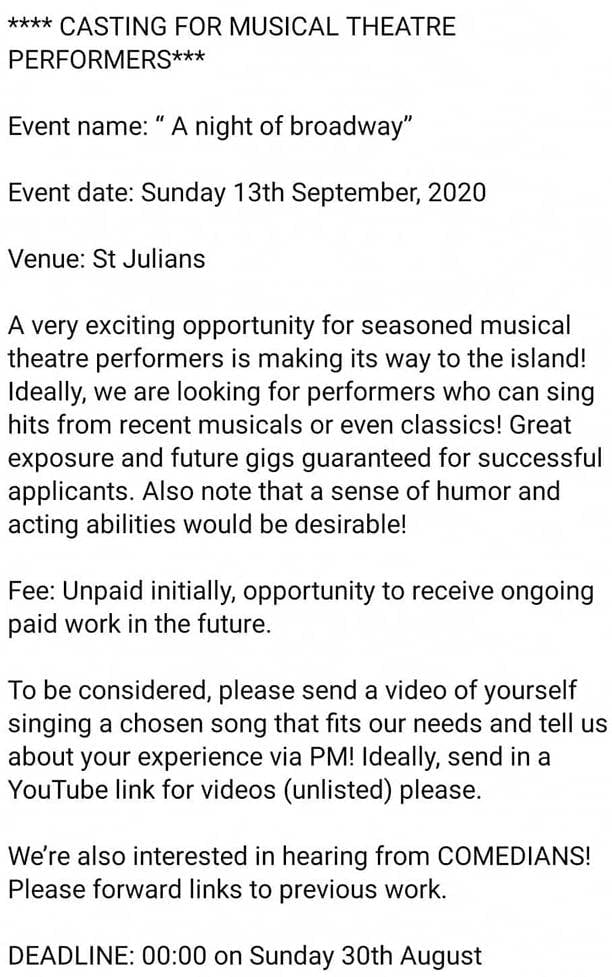 The Original Casting Call which was posted on Facebook

Performer and Producer Francesca Scerri, who is also one of the Founders of The Kettle Club, said:

“Posts like this one make me angry. Please don’t succumb to something fraudulent like this. Help insure a healthy and fair reimbursement for our industry. Artists should be listed as the most important items in the events budget sheets!”

How can one have no shame? Artists are struggling and yet, you ask us to work for free? I’m livid! Please, don’t cave in to such things just because you’re dying to perform! We, the artists, deserve to be treated with respect and dignity, and that also includes getting paid for the services rendered!

Dancer Kim Ellul further says: If you’re looking for “seasoned” performers, PAY. THEM. “Seasoned” performers have invested THOUSANDS to become “seasoned”. They’ve also devoted their lives to perfecting their craft. EXPOSURE is not valid remuneration, it’s part of the job.

Choreographer and Dancer Warren Bonello also shared the post, and wrote a sentence which truly sheds light on the fact that being a full-time performer is not a hobby, but a full-time job, which means that it is tied to repayment of loans, and paying of bills as an accountant, a manager or a clerk does!

He writes: Oh wow, how I wish I had spare time to do this, I’d love me some exposure maybe I can get the house loan done.

Unfortunately, unpaid work in the performing arts/theatre sector is not something which is unheard of in Malta, with performers not being given contracts, and with late-payments happening when contracts are drafted.

In fact, a recent survey by Culture Venture shows that 54.5% of those who answered were often asked to provide artistic work for free. This was an online survey which was open for five days and had over 200 responses.

Culture Venture will be using the data from this survey to open up a policy conversation on the matter, and support artists in presenting a collective voice on their right to enjoy their professional status, including earning a living income.

Moreover, Bay is also informed that the newly-established Malta Entertainment Industry and Arts Association will be looking into the freebie phenomenon in the sector! 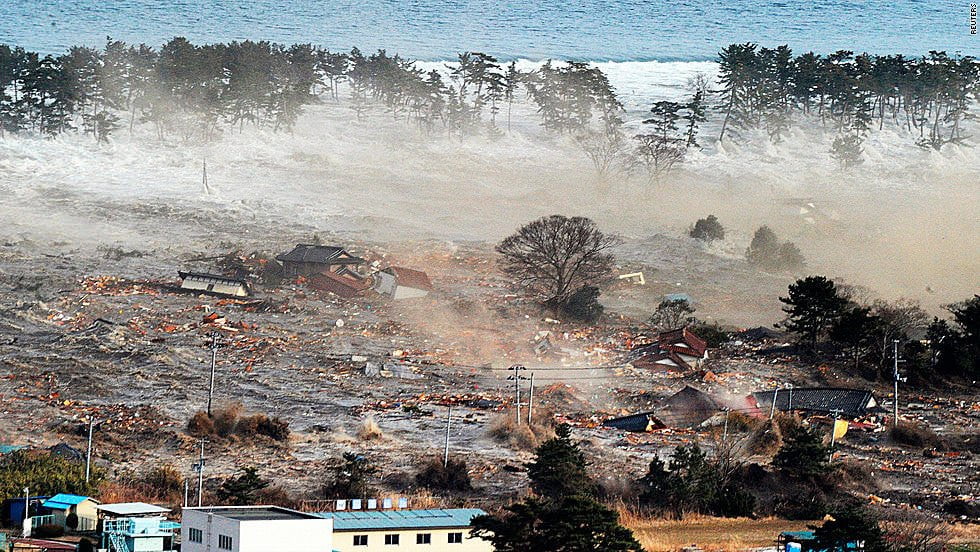 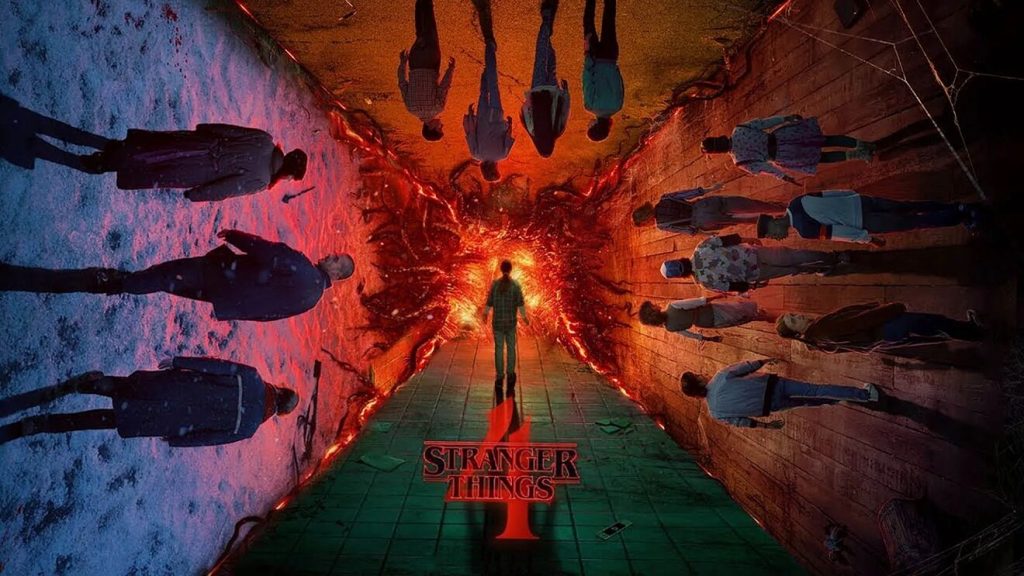 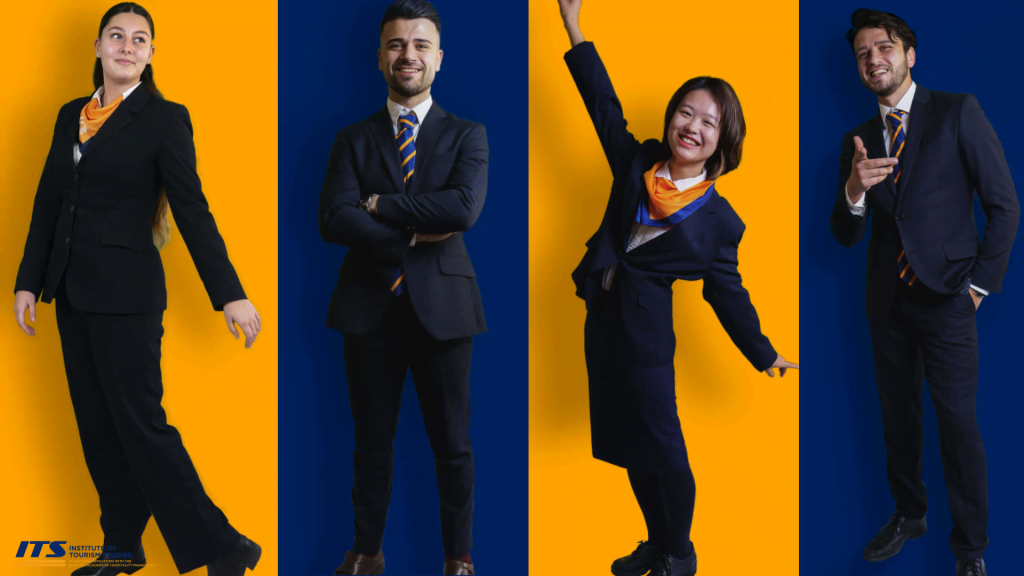