NASA Plans Mission To Asteroid Containing $10,000 Quintillion Worth Of Metals

An extremely valuable asteroid seems to just be casually shooting around our solar system, and NASA is planning a mission to hit that flying jackpot!

The estimated value of the precious metals onboard this flying rock is $10,000 Quintillion, which is enough to make every person currently living on earth a billionaire. Just as a reminder, that’s 7.9 Billion people who could be billionaires. I’ll just let that sink in for a second.

For those curious, the number is written with a whopping 22 zeros: 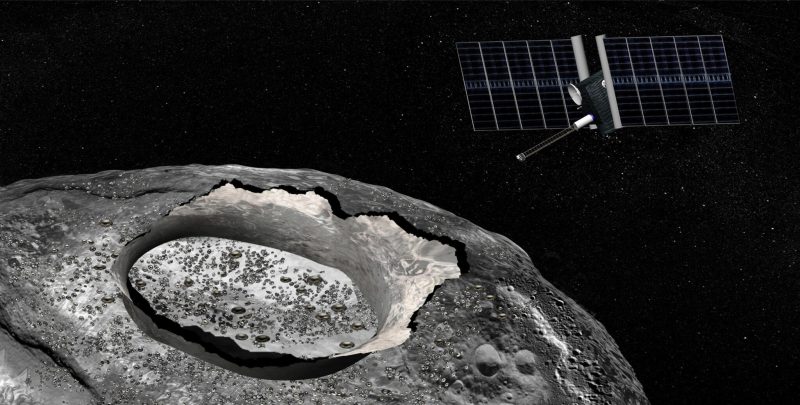 The absolutely mind-blowing gold mine is stored on the Psyche 16, which was discovered all the way back in March of 1852! What makes the rock so valuable is that unlike normal asteroids that are made up of rock and ice, this one is comprised mostly of metal.

As stated by NASA: “Unlike most other asteroids that are rocky or icy bodies, scientists think the M-type (metallic) asteroid 16 Psyche is comprised mostly of metallic iron and nickel similar to Earth.”

So, I guess calling it a ‘gold mine’ was a bit of a misdirection, but it’s an extremely valuable metallic and nickel mine nonetheless!

The mission is set to take off a year from now, August 2022, with the space craft landing on the asteroid in around 2026. The asteroid is currently hanging out between Mars and Jupiter, with the Daily Mail reporting that it is actually made up of ‘remnants of a protoplanet’ that was broken apart by other flying rocks when the solar system was formed.

“We think that fragments of the cores, mantles, and crusts of these objects remain today in the form of asteroids. If that’s true, it gives us our only real opportunity to directly study the cores of planet-like objects.”

Make sure Elon Musk or Jeff Bezos don’t find out about this. They’ve got enough cash as it is! Meanwhile, I’ll be casually sending in my application to NASA to go on this mission myself. Oh, and I’d need extra luggage room!