Maltese Expert Warns of the Long-Term Effects of Smoking, Including Vulnerability to COVID-19

It is not advisable to wake up one day and decide that you are going to stop smoking from the following day. The decision needs to be properly considered, allowing yourself time, say, a month, to prepare, even mentally for this change.

This was one of the key messages from Dr Claire Shoemake, a smoking cessation expert, who sat down with Bay News to talk about the various positive implications of quitting smoking, as part of the Stoptober campaign.

Every year, the Stoptober campaign, which was initiated by the National Health Service seeks to raise awareness about the problems that are brought about by smoking – problems of a social and medical nature.

With Dr Claire Shoemake, Bay News discussed Stoptober and why it is important for people to stop smoking, not just in October but all year round. This is in fact why, events relating to Stoptober will also spill into November, but more about that later.

“The Stoptober campaign does not just stop at raising awareness, but it also brings to the fore the different support structures which are available for those who would want to change their life and lifestyle, if they decide to stop smoking,” Dr Shoemake said.

There are various ways and means as to how someone can seek help. The Department of Public Health launched a 1-on-1 service in the major polyclinics, where a psychologist can help you go through this change, which for some is a major one, and there are also support groups which hold regular meetings.

Apart from this, there are also private entities who provide such services, about which you can easily find out, through a simple Google search.

Dr Shoemake also said that any community pharmacist can guide a person who would want to quit smoking, and can even suggest products like chewing gums or patches which can definitely help make for the craving which people would still have along their quitting process.

The good thing about these products is that they come in various strengths, so you can use them according to how vulnerable you would be feeling.

“So for example in the beginning, you use the 4mg chewing gums, moving to a lower strength when you would feel a lesser craving. Same goes for the patches – which are available in three variations namely, step 1, step 2, and step 3 – starting from step 1 and proceeding as you go along,” Dr Shoemake told Bay, whilst adding that both patches and gums can be used together, reiterating once again that the community pharmacist can guide you through the whole process.

The Short-Term and Long-Term Effects of Smoking

Dr Shoemake told us that the short-term effects are related to your daily performance in life, and in some activities such as running and walking up stairs, which is oftentimes accompanied by a smoker running out of breath. “When you quit smoking, this will decrease, and you will feel that you are performing better,” she said.

Another short-term effect is only seen aesthetically, “when your skin is duller, when your teeth are yellower, and even when your smell is less socially acceptable.”

The long term effects, in Dr Shoemake’s opinion, are the ones which have the greatest impact on life, in that, there is a strong association between smoking and cancers of many types, in both men and women.

“Smoking is also directly correlated to the exacerbation of heart disease, and for example in diabetics, where among the long-term effects of diabetes there is the narrowing of the peripheral blood vessels, which leads to amputation – in smoking there is an exacerbation of this effect – so clearly, the long-term effects of smoking are related to a number of clinical conditions,” Dr Claire Shoemake said.

Smoking and COVID-19: A Match NOT MADE in heaven

Dr Shoemake explained that there is also a relation between smoking and asthma, “so clearly smoking is going to impair correct airway function, and any condition like pneumonia, influenza, COVID-19, asthma and any other respiratory condition will be made even worse if there is smoking. 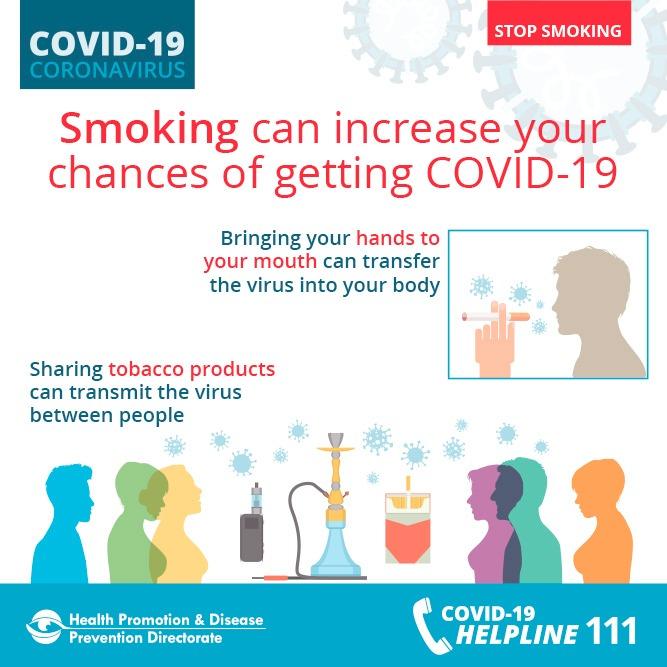 Dr Claire Shoemake will be leading an Online Smoking Cessation Session on the 6th and the 20th November. This Free Event is being organised by The Health Club, and you can get more information by CLICKING HERE.