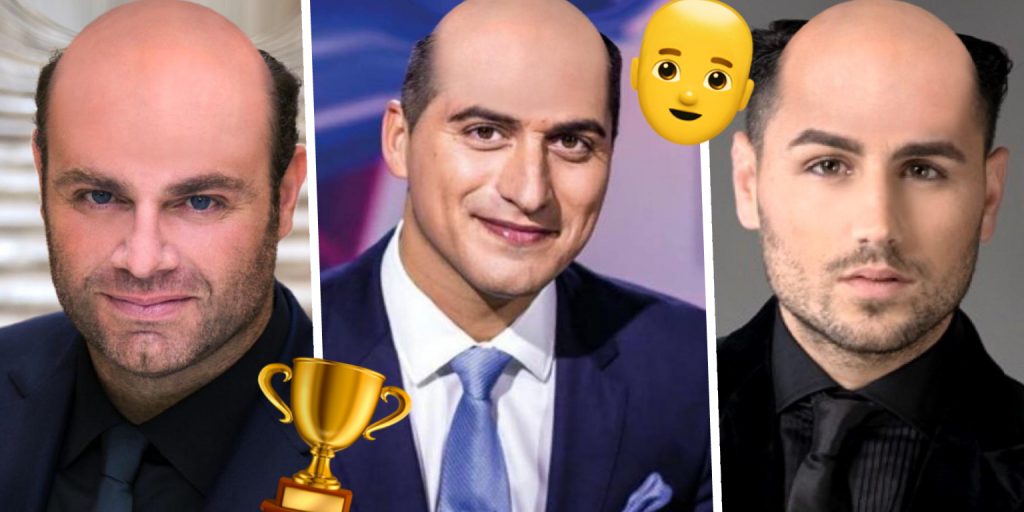 Following the recent news of Prince William being named World’s Sexiest Bald Man, surpassing hotties like Dwayne Johnson, it got us wondering – who would be Malta’s Sexiest Bald Man? So, in light of this remarkable context, here are our top picks for the sexiest Maltese bald men… (which may or may not have been subject to tweaking)

First up is Maltese singer, two-time ex-Eurovision contestant, and heartthrob Fabrizio Faniello who I guess could pull off the bald look? Maybe?

Of course, next up is none other than one of Xarabank and Malta’s most iconic faces, Mark Laurence, who to be honest, would NOT be the same without his crown of curls. So, here’s hoping…

On to Howard Keith, who is best known for his role as a judge on X Factor Malta – but the question is, could he out-shine fellow judge Ray?

Yet another Maltese singer and recent winner of Muzika Muzika is the one and only Glen Vella who, let’s say lowkey looks a little terrifying without his usual hairstyle…

Okay, if any Maltese man had to make this list, you all know it had to be Ben who – besides being known as the local hottie – is an actor and host for X Factor Malta… but do you think he could keep up with his reputation without, you know, hair?

And we couldn’t forget Malta’s favourite former PBS newscaster, Keith Demicoli who honestly, could 100% pull the look off.

Our Islands have several treasures, and local operatic tenor Joseph Calleja is definitely one of them. Again, Calleja could honestly pull it off.

And last but not least is the local presenter and host of Serataron, Ronald Briffa – but we’re not too sure how we feel about Ron if he had to sport a bald look…