The Club behind countless amount of theatre productions, including the family favourite Annual Pantomime at the Manoel Theatre, initially, and later in Ta’ Qali, and the annual Shakespeare at San Anton Gardens,  is celebrating one massive milestone today!

It was the 15th October, in 1910 that the Malta Amateur Dramatic Club (MADC) came to be, and from then on none of the members have looked back!

The MADC has been going longer than any similar organisation in Malta and has been very much part of the Malta theatrical scene throughout its life and has inevitably been linked with the history of Malta through Colonial, Independence and Republic eras.

It came about in 1909 that a very keen British amateur actor by the name of Major C. Todd, stationed in Malta at the time, gave new vitality to the somewhat declining Malta Amateur Dramatic Society. However, following two successful productions, this gentleman had a difference of opinion with the committee of the MADS and proceeded to form his own, Mantelpiece Coy.

Soon, however, these two clubs realised that it made more sense to form one unified entity and on 15th October 1910 at a meeting held at the Elementary School, 178 Sda.Cristoforo, Valletta, now known as the old University, the Malta Amateur Dramatic Club was formed.

Its first production was the pantomime Aladdin And His Wonderful Lamp at the Manoel Theatre, Valletta in January 1911, and incidentally, its latest Panto was also Aladdin, at the MFCC in Ta’ Qali last Christmas. To celebrate this momentous occasion, MADC will be organising a number of interactive online events for its members throughout the 2020/2021 season.

Thank you for the good times MADC, wishing you a 110 more years! 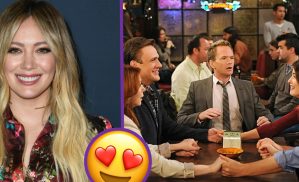