Summer Time could soon last all year long in Malta.

We’re set to end the practice of switching between summer and winter time after a survey found most Maltese are against it.

An online poll launched by the Ministry for European Affairs in Valletta suggested that most people in Malta preferred staying on summer time.

More than 2,500 people shared their views on the matter.

The findings will be presented to the Prime Minister at a cabinet meeting tomorrow at Castille in Valletta.

If the proposal goes ahead, it would end the Maltese ritual of moving our clocks forward by an hour in March and back again in October.

Malta’s Minister for Europe Helena Dalli met with business leaders, farmers, employers organisations and union bosses to discuss the shake-up and what impact it would have on Maltese trade, transport and tourism.

A spokesman for The General Workers Union said: ‘Malta has to be careful when it comes to countries such as Italy, Spain and other Mediterranean states since there could be negative repercussions if Italy and Malta end up in two different time zones.’

European law requires that citizens in all 28 EU countries move their clocks an hour forward on the last Sunday in March and switch back to winter time on the final Sunday in October.

But Finland this year called for the EU to halt the practice, which critics say it can cause long-term health problems, especially among young children and elderly people.

Research has linked the lack of sleep at the start of summertime to more road accidents, workplace injuries, suicide and miscarriages, while the sudden onset of early-evening gloom when summertime ends at the end of October has been linked to depression.

It means that Maltese farmers would have to work more of their day in darkness, although technological advances in recent years, including better lighting, mean it wouldn’t make quite as much difference as it once did.

Supporters in Malta say making the switch to give extra morning daylight in winter and evening light in summer can help reduce traffic accidents and save energy.

Outside the EU, a handful of European countries have stopped switching between summer and winter time, including Russia, Turkey and Iceland. 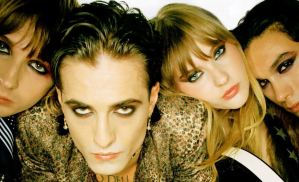