Flights between Malta and the UK have been disrupted after Britain’s biggest storm in seven years swept across much of Scotland, England and Wales.

Storm Ciara battered Britain with rivers bursting their banks, and gale force winds tearing down trees, cranes and a windmill.

Eight Air Malta flights to London were cancelled because of the horrendous weather conditions in the UK on Sunday.

Air Malta said that passengers would be offered free re-bookings to the same destination or full refund of ticket.

The affected flights were:

An Easyjet service from Southend in Essex to Malta was delayed because of the stormy weather while British Airways flights between Malta and Gatwick were cancelled.

BA said in a statement: ‘Like all airlines operating into and out of the UK, we are expecting to be impacted by the adverse weather conditions across parts of the UK on Sunday.’

The airline said it was offering rebooking options for customers on flights flying to and from Heathrow, Gatwick and London City.

Drivers across the UK were warned they face treacherous conditions with reports of fallen trees and other debris blocking roads, while firefighters in Blackpool had to rescue a motorist whose car got stuck in deep floodwater.

The other affected lines were:

Further wintry weather is set to hit the UK on Monday and Tuesday, with the Met Office issuing a yellow warning for snow and ice in the North West, Yorkshire, and the Midlands.

Watch the video, below:

For more news and all that’s going on in the Maltese Islands, check out Bay Easy and 89.7 Bay on Facebook 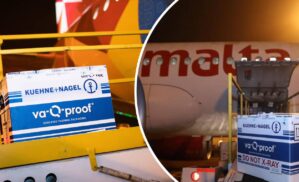 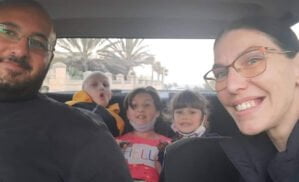 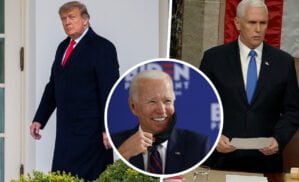 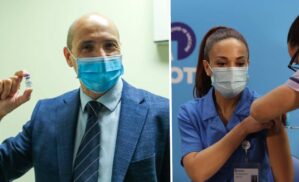