Although flying cars might seem like some distant sci-fi dream, Japan is funding projects to get them commercialised by 2023!

Yep! Tokyo-based company SkyDrive Inc. is currently working on developing flying electric cars that can take off and land seamlessly. CEO Tomohiro Fukuzawa believes that by 2050, people will be able to fly anywhere in ten minutes.

Sounds ambitious, right? But it follows increasing momentum around the technology and the backing of the Japanese government. Analysts at Morgan Stanley also recognise its huge potential and predict that the flying car sector could be worth 1.5 trillion dollars by 2040. Morgan Stanley’s lead analyst in aircraft and airlines has also explained the hopes for flying cars to the Japan Times, ‘They could later transform into a cost-effective, time-efficient method of traveling short to medium distances, eventually taking business away from car and airline companies.’

Companies like SkyDrive take the forefront of this market, with plans to establish a taxi service in Osaka and Tokyo by 2024. SkyDrive has also developed an electric flying concept which is the world’s smallest eVTOL that can reach speeds of 62 miles per hour and travel around 70 kilometres. 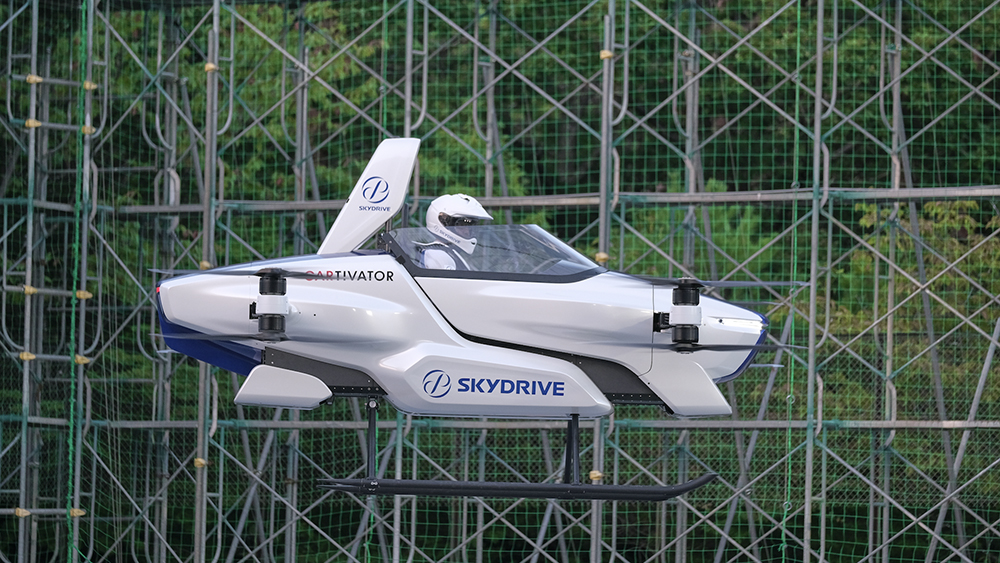 The Japanese government is backing these inventions because it sees flying cars as an ideal, sustainable means of travelling quickly.

However, this won’t be easy, as SkyDrive CEO Tomohiro Fukuzawa shared, ‘The two biggest difficulties are getting it certified for commercial flights and ensuring the same safety and reliability as existing aircraft — and changing the social climate, by letting the general public know about this air mobility and making them want to ride a flying car.’ He added, ‘We’re considering launching an air taxi service in big cities, either Osaka or Tokyo, with initial flights over the sea as it would be too risky to fly over many people all of a sudden…We’re looking to have 1,000 people enjoy the ride in the second year of the service in 2024.’ Here’s to hoping that this technology becomes more widespread and cheaper, so that everyone can enjoy this futuristic reality!