It’s Time to Have THE Conversation about Ema Vella

X Factor Malta has basically played us like a fiddle by giving us around four weeks of average auditions only to leave our jaw dropped and wigs snatched within the last two audition episodes.

During the last two episodes, the Maltese population seemed to have stopped in its tracks to listen to two beautiful young souls who blew us all away with their powerful vocals.

Now this is where the real dilemma comes in. We’ve known Destiny for years.

Up till last Sunday, during my evening prayers before bed, I used to pray for exactly three things, every single night. I prayed to wake up as a millionaire the following day. I promised to abstain from meat if I didn’t find any traffic in the morning. And last but not least, I prayed for Destiny to take part in and win the MESC/ X Factor, because I’m pretty sure that in every Maltese citizen’s mind, our only hope for ESC victory lies either within Destiny or Gaia.

And now that my prayer has finally been answered, I find myself at a complete loss after last week’s episode.

At only 15 years old, Ema Vella has placed herself within the list of top contenders for this season of X Factor Malta.

I mean, have you heard that angelic rendition of Etta James’ ‘I’d Rather Go Blind’? You couldn’t help but be captivated by her infectious smile and that thundering powerhouse of a vocal she’s got going on there.

Maybe it was the element of surprise, or maybe it was the fact that she’s equally as lovable as her voice is amazing … but something happened last Sunday, and it wasn’t just Alexandra’s jaw dropping 5 ft in disbelief.

No, people watching from all over the island suddenly began to stan this young 15-year old with a voice gifted from the gods.

Hundreds of people took to their socials to express and fan-girl over the girl for her extraordinary vocals … and her parents for adopting her, because as Howie aptly said: “Without you guys, she wouldn’t be here auditioning in front of us.”

At the start of her audition Ema described how she was adopted when she was 5 months old from Ethiopia by her loving parents.

It was just incredible to witness the way that people from all walks of life around Malta came together to celebrate her talent.

If anything, everyone’s showering of affection towards the lovely Ema flashed a ray of hope in the darkness that follows rising organisations like ‘Patrijotti Maltin’ who are constantly feeding the population words and messages of hate.

Despite the conflicts of interest that our islands have been experiencing, no one could neither disagree on nor deny Ema’s capabilities and performance; one can only praise and celebrate them in all their glory.

Seriously, how couldn’t Ira not call her a “raw diamond”? How could Ray not give her “the best yes I’m ever going to say so far” even though he has probably said it about a hundred times already by now?

Even people who are not too fond of the show felt the need to give Ema the attention she deserves.

And although Howard’s enthusiasm on the matter may have been slightly exaggerated, her being embraced by her family after being given four yeses by the judges added to the already emotional journey we were taken on.

I think Ema is a clear example of how music is able to make everyone set their differences aside and come together in support of raw talent.

Thank you from the depths of my cold dead heart for bringing so much happiness and unity. I just can’t wait to see you slaying through this competition! 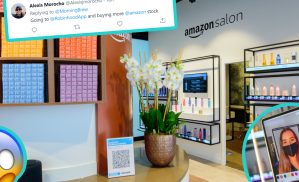