Here’s Everything You Need To Know About Lucifer Season 6

Netflix recently announced that its beloved Tom Ellis-fronted show, Lucifer, will be returning for a sixth season, after originally intending to run for five instalments. However, the TV gods have decided to bless us with an additional season, well, at least after fans literally started a petition for Lucifer to return…

the devil made us do it. 😈 #lucifer will return for a sixth and final season. like, FINAL final. pic.twitter.com/o27z6ToMaV

But anyway, we already know that Season 6 is indeed going to happen after being announced last June, but what about the rest of it? Well, buckle up, because here’s EVERYTHING you need to know.

First of all, Season 6 has already started filming, right off the back of Season 5, as co-showrunner Joe Henderson had shared back in October, ‘Today is our first day of shooting #Lucifer season 6!’.

Just had the final table read of #Lucifer ever. All the emotions. Love this incredible family. Since I can’t share a picture of it for spoiler reasons, here is the first table read (after the pilot). We’ve come a long way… pic.twitter.com/Qw8quCJNT7

However, given the fact that Season 5 Part 2 is yet to land on screens, due to delays from the ongoing pandemic, the sixth instalment will probably take a while to air, and we’re guessing it’ll come our way at the start of 2022.

Okay so…what about the plot? The final episodes of Season 5 Part 1 built up quite the tense storylines after Lucifer was shot and his love interest Chloe was kidnapped. 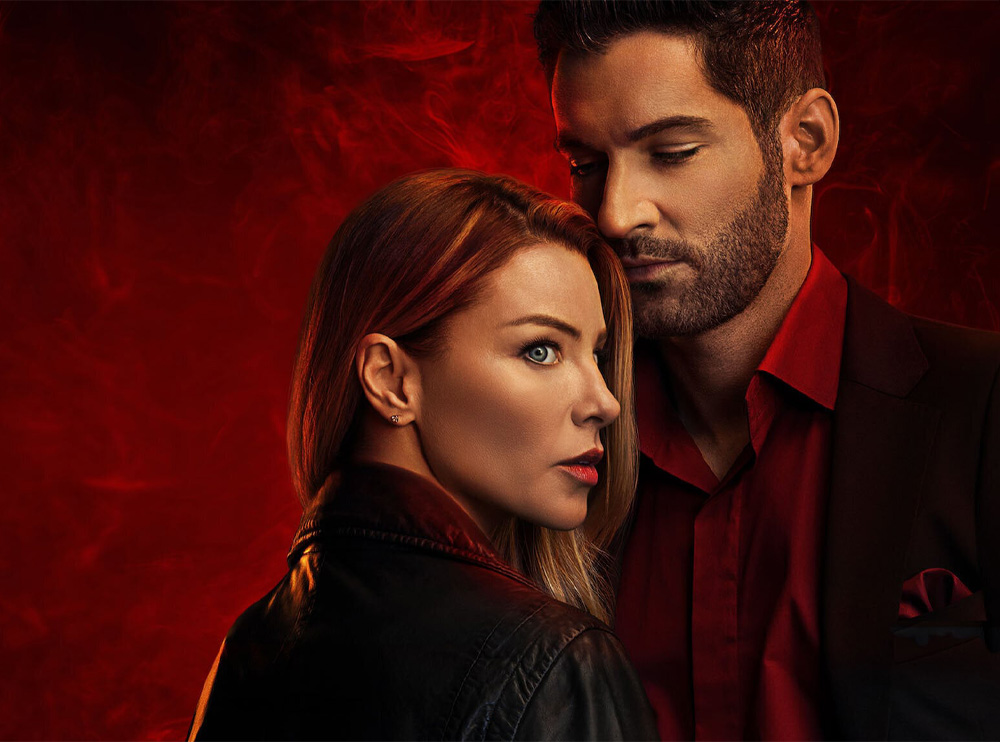 Meanwhile, Ella found out that her new boyfriend wasn’t all that he seemed to be – to be frank, a serial killer. Geez, I thought I had a bad taste in men… anyways, this led to an intense final scene, leaving fans on a cliff-hanger, as Lucifer goes missing after a fight with his twin brother Michael.

So, we can expect some resolution and given that Ellis is back, we know he won’t be lost for long. Plus, Lauren German teased a moment for Part 2, revealing that there will be a musical episode, ‘It is so absolutely touching and gorgeous… You can feel what he is feeling, through the singing, and it’s beautiful.’

Just a little taste of our musical episode 😈#LuciferSeason5part2 pic.twitter.com/UZpqQOOwdh

Joe Henderson also hinted at potential drama for Chloe and Lucifer. Oof. ‘So much of the story going forward is the story of love but the story of love is… so often it is a story of challenges. And I think what I love about it is that challenges make a romance feel all the more earned.’, he added.

The episode names for the latter half of Season 5 have also been revealed, so you can search them up and make of them what you will. Ultimately, these will give a better picture for Season 6 upon their official release.

In the meantime, we hope you’ve enjoyed our #LuciferSeason6 title reveals! There’s only 2 more remaining, but they’re still being worked on. Though, we DO hear the 609 title clue might be coming soon… Which #Lucifer writer do you think is writing the series' penultimate episode?

Season 6 will be getting 10 episodes, and Modrovich also teased that when they got back to the writers’ room, they focused on what ‘systematic issues of the police department’ they haven’t yet addressed as a cop show.

As for the cast, seeing we don’t know if anything major happens in Season 5 Part 2, we won’t know if all main characters will be making a return yet. However, Tom Ellis, Lauren German, Lesley-Ann Brandt, Rachael Harris, Aimee Grace, Kevin Alejandro, Scarlett Estevez, and DB Woodside are all expected to return.

Who will be saying “goodbye” in #Lucifer’s second-to-last episode? You have 17 eps to go before finding out, and you better believe @Chris_Rafferty is bringing the feels. But don’t worry — he wants you all to know that he’s looking out for your hearts ❤️ #youreinsafehands pic.twitter.com/ZuUu63cI5v

Showrunner Henderson also teased he might be making another cameo, so keep your eyes peeled on Season 6.

And as for the big burning question, no. There likely won’t be a Season 7 for Lucifer, even Netflix had announced, ‘#Lucifer will return for a sixth and final season. Like, FINAL final.’