Here’s A Recap Of This Year’s Malta Fashion Week 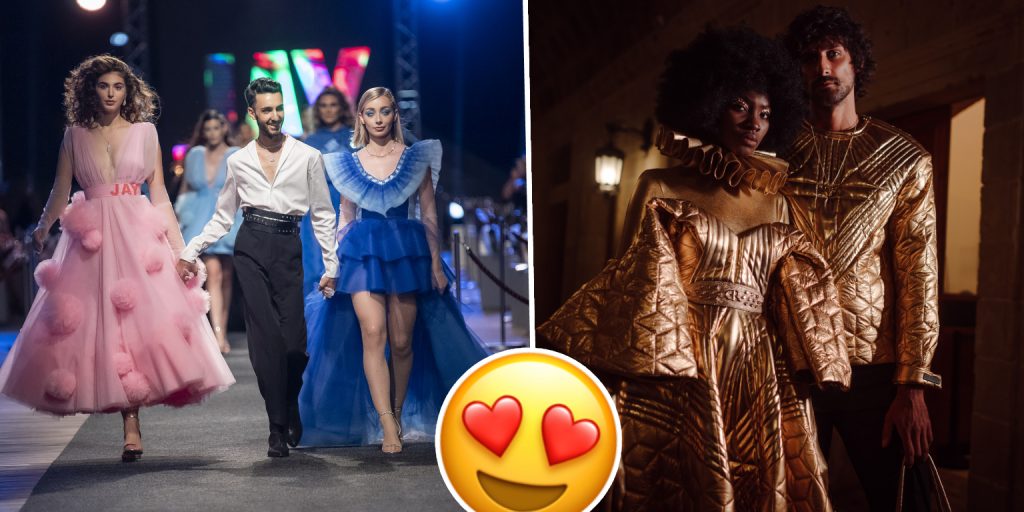 After missing out on last year’s Fashion Week, 2021 blessed us with Malta Fashion Week once again (or rather a Fashion Weekend)! The event was supported by the Valletta Cultural Agency, the Malta Tourism Authority, the Mediterranean Conference Centre, among other sponsors.

But without further ado, let’s delve into what really went down over this year’s Fashion Week….

Let’s start off by talking about opening night – everyone evidently felt good to be back, with an audience dressed up for a night of fashion and entertainment as they sat back, relaxed, and enjoyed the show against the beautiful backdrop of the Islands at The Grand Harbour Terrace at the Mediterranean Conference Centre.

Malta Fashion Week kicked off its first night with Yana’s Jewellery with the collection ‘Retro Dreams’, inspired by the retro keyboard from the 80-90’s era. Next up was Eversince with the grey-toned, streetwear collection ‘The Secret’; and last but not least, Parscandalo with the collection ‘TRIP’, symbolising a journey or a trip around the islands.

In between the shows, guests were also treated to some local talent from Eddie Fresco, Caro Etern and Jasmine Abela. This extended onto the second and third nights with artists Maxine Pace, Wayne Camilleri, Jimmy Bartolo and Jason smith, Ivan Grech, Brooke, and Destiny!

The second night opened up with JAY and his collection ‘Carmelo’, dedicated to his late grandfather, who passed away after losing his battle against skin cancer. Following JAY was BLAKKRIPT and his debut collection ‘Shadows & Silhouttes’, which focuses on minimalistic outerwear, adhering to a rebellious spirit.

The final night went out with a bang, as the first show saw Fiona Couture with her collection ‘Somewhere Over The Rainbow’, inspired by the turbulent times that the world has been experiencing over the pandemic. Next up was Gagliardi, with a collection inspired by local Postcards!

As Malta Fashion Week 2021 came to a close, Charles and Ron presented their collection ‘Gioia’ – a literal tapestry of colour. From velvet to jacquard to mikado to brushed cotton fabrics, this collection took us through an opulent ride through a rich part of Malta’s history.