Here’s a Breakdown of All The Latest Marvel News

Buckle up everyone because Marvel just dropped a giant bombshell – I’m talking Fantastic Four, Ms. Marvel, Baby Groot, and much more! So, here’s a break down of all the latest (and super exciting) Marvel news…

It looks like the Marvel Cinematic Universe is about to expand even more as last Thursday, the president of the Marvel Studios, Kevin Feige, announced a number of new projects. Perhaps the biggest bombshell was the introduction of Marvel’s first-ever family, with Spider-Man Homecoming director, Jon Watts, onboard to direct the long-awaited Fantastic Four movie.

Feige also announced many new projects for Disney+. This includes Secret Invasion, a series centred on Samuel L. Jackson’s Nick Fury, alongside Ben Mendelsohn as the Skrull Talos. This surely isn’t the first time we’ve seen Jackson in the MCU, but he’ll be taking his very own spotlight.

Samuel L. Jackson is back as Nick Fury and Ben Mendelsohn from Captain Marvel returns as the Skrull Talos in Marvel Studios' Original Series Secret Invasion. Coming to #DisneyPlus. pic.twitter.com/AuInHMuBRW

Next up is Armor Wars, which Feige shared is ‘a classic Marvel story about Tony Stark’s worst fear coming true’ – aka, his tech falling into the wrong hands. The series will star Don Cheadle, who will return as War Machine (Colonel Rhodes).

Another fan favourite hero hitting our screens will be Riri Williams, an intelligent tech mind who follows in Tony’s footstep to build her own suit of armour in the upcoming series Ironheart. The role will be played by Dominque Thorne.

Coming soon to #DisneyPlus, Dominique Thorne is genius inventor Riri Williams in Ironheart, an Original Series about the creator of the most advanced suit of armor since Iron Man. pic.twitter.com/VB94VyPr9e

We’re also expecting a Guardians of the Galaxy holiday special in 2022. The adorable Baby Groot will also get some attention in his new series, I Am Groot, which will debut on Disney+.

I Am Groot, an Original Series from Marvel Studios, is coming to #DisneyPlus. pic.twitter.com/U5nfDkFKjW

As for the previously announced projects on Disney+, Feige shared new trailers for WandaVision, The Falcon, and the Winter and Soldier, and Loki. These are all set to debut on Disney+ in 2021.

We also got some updates on the Hawkeye series, confirming that Hailee Steinfeld will star besides Jeremy Renner and new cast members, Vera Farmiga, Fra Free, and Alaqua Cox.

Some newcomers will also be coming into the picture, with Feige announcing that Orphan Black’s Tatiana Maslany will be starring in the She-Hulk series as lawyer Jennifer Walters. She’ll also be joined by her cousin Bruce Banner, played yet again by Mark Ruffalo, and Tim Roth’s villain Abomination.

She-Hulk arrives to the MCU! Tatiana Maslany will portray Jennifer Walters/She-Hulk and Tim Roth returns as the Abomination and Hulk himself, Mark Ruffalo, will appear in the series. Directed Kat Coiro and Anu Valia, She-Hulk is coming to #DisneyPlus pic.twitter.com/z4OlQJhrlr

Nope, we’re not done yet – we’re also getting a Ms. Marvel series, which will introduce newcomer Iman Vellani as the comic favourite Kamala Khan. The series is set to launch sometime in late 2021 on – you guessed it – Disney+.

Kamala will also star alongside Brie Larson in the upcoming Captain Marvel 2. Nia DaCosta will be directing this sequel, who will be joining Ms. Marvel and Captain Marvel with the adult version of Monica Rambeau, played by Teyonah Parris, and will make her debut in January in WandaVision.

Ms. Marvel, a newer character to Marvel comics has grabbed the world's imagination and we are excited to announce Iman Vellani as Kamala Khan.

More on movies, Fergie shared new casting details for Shang-Chi and the Legend of the Ten Rings, and Taika Waititi’s upcoming Thor sequel, Thor: Love and Thunder. But don’t worry – Chris Hemsworth, Natalie Portman, and Tessa Thompson will be returning alongside Christian Bale, who will make his debut as the villain Gorr in the God Butcher.

A third Ant-Man film is also in store, titled Ant-Man and the Wasp: Quantumania. Paul Rudd, Evangeline Lilly, Michael Douglas, and Michelle Pfeiffer will all be returning, and they’re joined by Kathryn Newton as Cassie Lang and Jonathan Majors as the villain Kang the Conquerer.

Peyton Reed is back to direct the third Ant-Man film, Ant-Man and the Wasp: Quantumania. Paul Rudd, Evangeline Lilly, Michael Douglas, and Michelle Pfeiffer all return. Kathryn Newton joins the cast as Cassie Lang and Jonathan Majors as Kang the Conqueror. pic.twitter.com/opXw1cmpFj

The Marvel franchise was pretty quiet in 2020, and it’s the first year since 2009 without a new MCU movie, but we surely have a lot coming to our screens in the next couple of years! 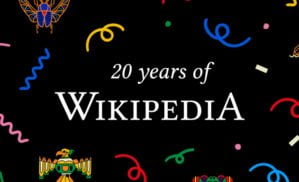