Haunted locations to avoid in Malta this Halloween 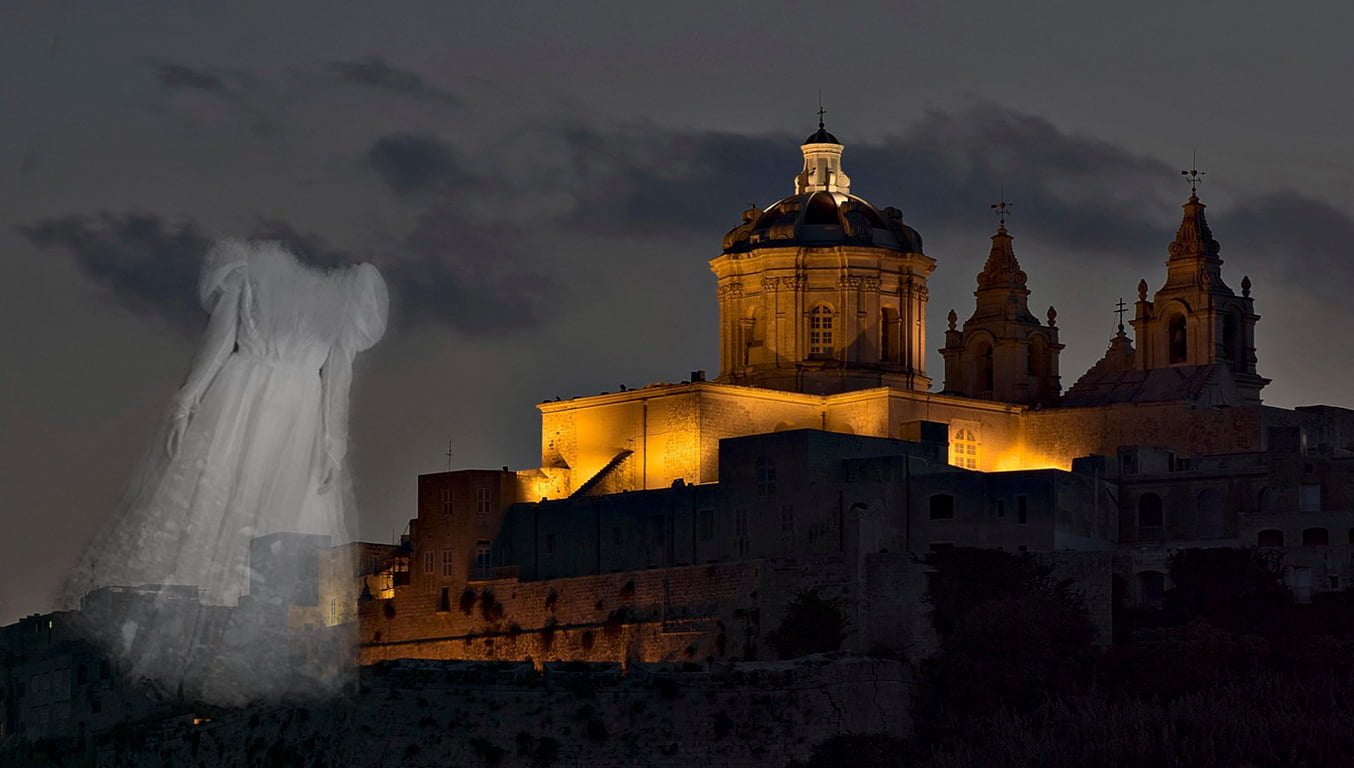 The pumpkin invasion has already reached its peak and there’s still a day left for Halloween.

Don’t get me started on the copious amounts of pumpkin spiced lattes I’ve seen on social media now that Starbucks has breached the Maltese boarders.

They are an example of the things that distract us from the fact that Halloween is ‘the spookiest day of the year’ for a reason. It’s the one day in the year where the ghosts of the past are free to walk among us.

So, if you don’t plan on being dragged into the supernatural realm by some angry spirit, I suggest you avoid going anywhere near these Maltese locations.

You know that feeling when you take a selfie and find a beheaded bride behind you once you look at it? No?

Well, if you want to keep it that way, don’t even think of setting foot into the old capital. Several people have reported experiencing this while taking pictures at the city’s entrance.

Ever since the day she was executed for a crime she committed out of self-defence; Katerina’s spirit has been cursed to run around Mdina like a headless chicken.

While engaged with her loving fiancé, a knight, enchanted by Katerina’s mesmerising beauty, grew jealous and tried to take hold of her.

Little did he know that she had some mad skills with handling a knife which is what she used to stab him to death.

Sadly, she was sentenced to have her head chopped off for having killed a knight.

At least they allowed her to marry her fiancé first which is why she still wears her wedding gown in her afterlife.

Multiple visitors have spoken of a lady in a grey dress living within these fortified walls.

Historians speculate that The Grey Lady was murdered by two guards under the order of a Fort Castellan who feared that his wife would find out about his affair with this unfortunate maiden. So much so that he killed those same guards after they carried out the deed.

Talk about a cheating psychopath, am I right?

I don’t know about you, but I’d be furious with betrayal.

And even though her resting grounds were exorcised a few years back, I’m still not convinced that she will ever rest in peace before getting vengeance on those who wronged her.

Yep, you guessed it. It’s another forsaken lady but this time she’s blue. More likely than not, you’ve heard of the story of The Blue Lady that haunts the Verdala Palace.

After being unwillingly imprisoned in the palace by a knight, she made the brave decision to jump out of a window and escape the obsessive grasp of her captor.

(These knights have some major attachment issues.)

Unfortunately, her freedom came at the price of her life, but she made sure to get her revenge by tirelessly terrorising residents and visitors of the palace.

Take my advice and don’t plan any picnics at Buskett area anytime soon.

Just after World War I, two men who were doing restoration work on the island encountered the phantom of a Black Knight who seemingly bared resemblance to the late Grand Master Manoel de Vilhena

As it turns out, they were right.

Upon inspecting his tomb, they found it vandalised and immediately set out on its restoration, after which The Black Knight vanished.

Since then his tomb has been vandalised again and again causing him to break from his slumber once more.

So, I wouldn’t exclude the possibility of an enraged knight running around the island, looking for someone to punish for his sleep deprivation.

Sure, the knights don’t seem to be deserving of much empathy with the reputation they got from the previous stories. But why should The Black Knight take all the blame?

Just let the man rest in peace will you!

Stay safe this Halloween and spare yourself a trip to an exorcist.

Or, if you’re brave enough, go ahead and explore.