Former movie producer Harvey Weinstein was sentenced to 23 years in prison on Wednesday for his sexual assault and rape convictions last month after delivering a rambling statement to the court expressing sympathy for men accused in the #MeToo movement while saying he is trying to be “a better person.”

The sentence was handed down in Manhattan criminal court by Justice James Burke. A jury on Feb. 24 found Weinstein – once one of Hollywood’s most powerful figures – guilty of sexually assaulting former production assistant Mimi Haleyi and raping former aspiring actress Jessica Mann.

More than 100 women, including famous actresses, have accused Weinstein of sexual misconduct stretching back decades, fueling the #MeToo movement against sexual abuse and harassment.

Manhattan District Attorney Cyrus Vance told reporters afterward that the judge “sent a message today that this type of behavior is something that any potential offender is going to have to consider. The judge took it seriously, which is exactly how we think he should have. And we’re grateful.” 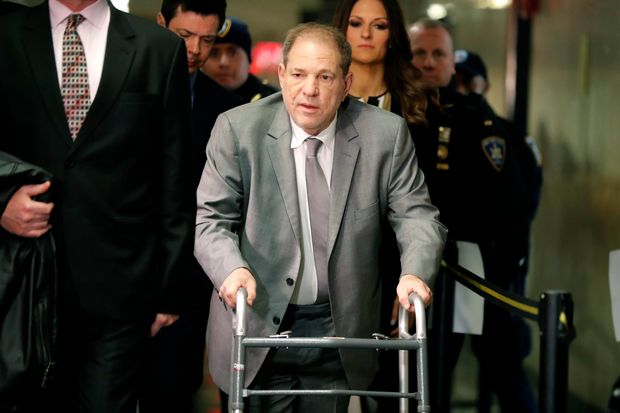 In an emotional statement in court before the sentencing, Haleyi spoke of the trauma she had endured since the attack, saying, “It scarred me deeply, mentally and emotionally, perhaps irreparably, perhaps forever.” She said Weinstein has seemed “completely disconnected from the gravity of the crime he has committed against me.”

“I am forced to carry that experience until I die,” Mann added.

Prosecutors portrayed Weinstein as a serial predator who had manipulated women with promises of career advancement in Hollywood, coaxing them to hotel rooms or private apartments and then overpowering and violently attacking them.

“The young struggling dreamers were not even people to him. He could take what he wanted knowing there was very little anyone could do about it,” Assistant District Attorney Joan Illuzzi said after the sentencing.

‘THE DAMAGE HE HAS CAUSED’

Weinstein has denied the allegations and said that any sex was consensual.

“Harvey Weinstein’s legacy will always be that he’s a convicted rapist. He is going to jail – but no amount of jail time will repair the lives he ruined, the careers he destroyed, or the damage he has caused,” the group Silence Breakers, which speaks out against sexual assault and harassment and includes Weinstein accusers, said in a statement.

The jury of seven men and five women acquitted Weinstein on the most serious charges, a single count of first-degree rape as well as two counts of predatory sexual assault, which carried a potential life sentence. Those charges relied on testimony by actress Annabella Sciorra, who said Weinstein raped her in the early 1990s.

Weinstein’s lawyers on Monday urged Burke to impose the minimum possible sentence of five years, asking him to consider Weinstein’s charitable activities while saying a longer sentence would likely mean Weinstein would die in prison.

“His life story, his accomplishments, and struggles are simply remarkable and should not be disregarded in total because of the jury’s verdict,” they said.

Weinstein has been awaiting sentencing in New York’s Rikers Island jail, where he was moved last Thursday after a 10-day hospital stay at Bellevue Hospital where he underwent a procedure to clear a heart blockage.

Weinstein won an Academy Award for producing “Shakespeare in Love” and was responsible for other acclaimed films including “Pulp Fiction,” “The English Patient” and “Gangs of New York.” 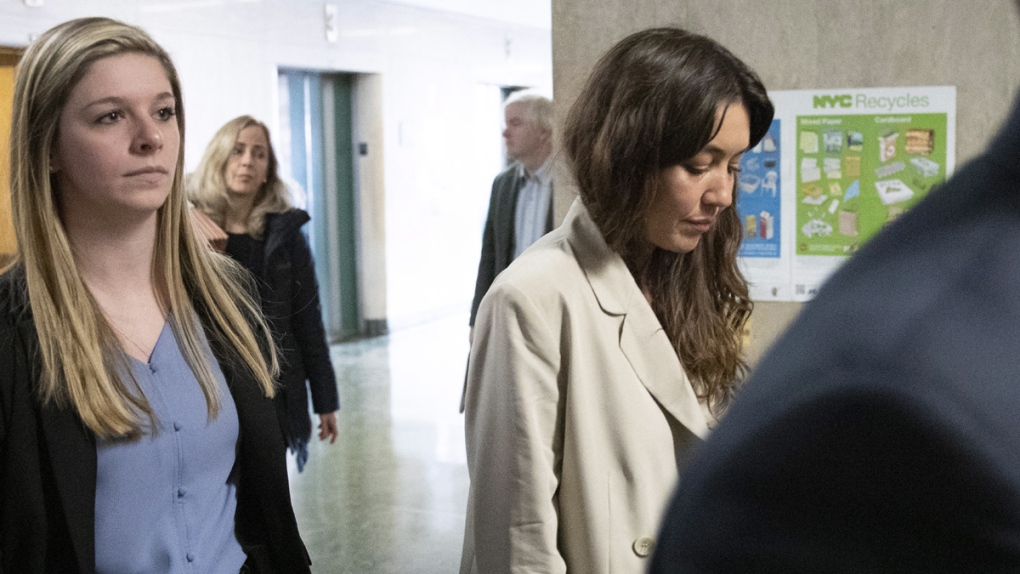 Haleyi testified at the trial that Weinstein invited her to his home in 2006 after she had worked on one of his television productions, backed her into a bedroom, held her down on the bed and forced himself on her orally.

Mann told jurors that Weinstein raped her in a Manhattan hotel room in March 2013, about a month into what she described as an “extremely degrading” relationship with him that continued for several years after the attack. Mann called Weinstein a “Jekyll and Hyde” character, charming in public but prone to rage when they were alone. 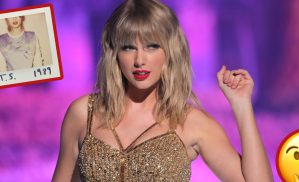