In preparation for his second primary role in a movie, the initial one being Christopher Nolan’s production of Dunkirk, Harry Styles has once again gotten rid of his long curly locks, as he was recently spotted sporting a shorter ‘do in Los Angeles.

A group of fans who met the ‘Adore You’ singer, took to social media to post their selfies together as Styles donned an embroidered tee and was clearly social distancing and therefore taking precautionary measures whilst wearing a mask (safety first!).

Yet why would he chop off his gorgeous signature hair that so many have come to love? Starting next week, the 26-year-old heartthrob is set to start filming Olivia Wilde’s ‘Don’t Worry Darling’ alongside ‘Little Women’ actress Florence Pugh.

SO WE WENT FROM FRAT BOY HARRY TO DUNKIRK HARRY IN LIKE A WEEK- OKAY pic.twitter.com/2xdRj1OKJl

The period piece / psychological thriller slash horror requires certain hairstyles, especially since the storyline will most possibly take place in the 1950s, where men’s fashion differed from that we bear nowadays, and this counts for hair as well.

The way we had a full head of curls a few days ago and now we literally have dunkirk harry again but this time it’s don’t worry darling harry omg omg pic.twitter.com/671Ac9dinn

Therefore, various fans have already been imagining how Harry’s character will look: named Jack, Styles’ character is not a far cry from his debut role in Dunkirk, as both Alex and Jack are troubled, albeit in different manners.

‘HE’S CUT HIS HAIR’ and ‘DUNKIRK HARRY’ were in fact both trending in countries around the world after the pics were posted.

‘He’s like a fine wine getting better with age. @Harry_Styles cut his hair for the movie!!! Back to Dunkirk Harry!!! I’m so excited for the new movie Harry!!’ 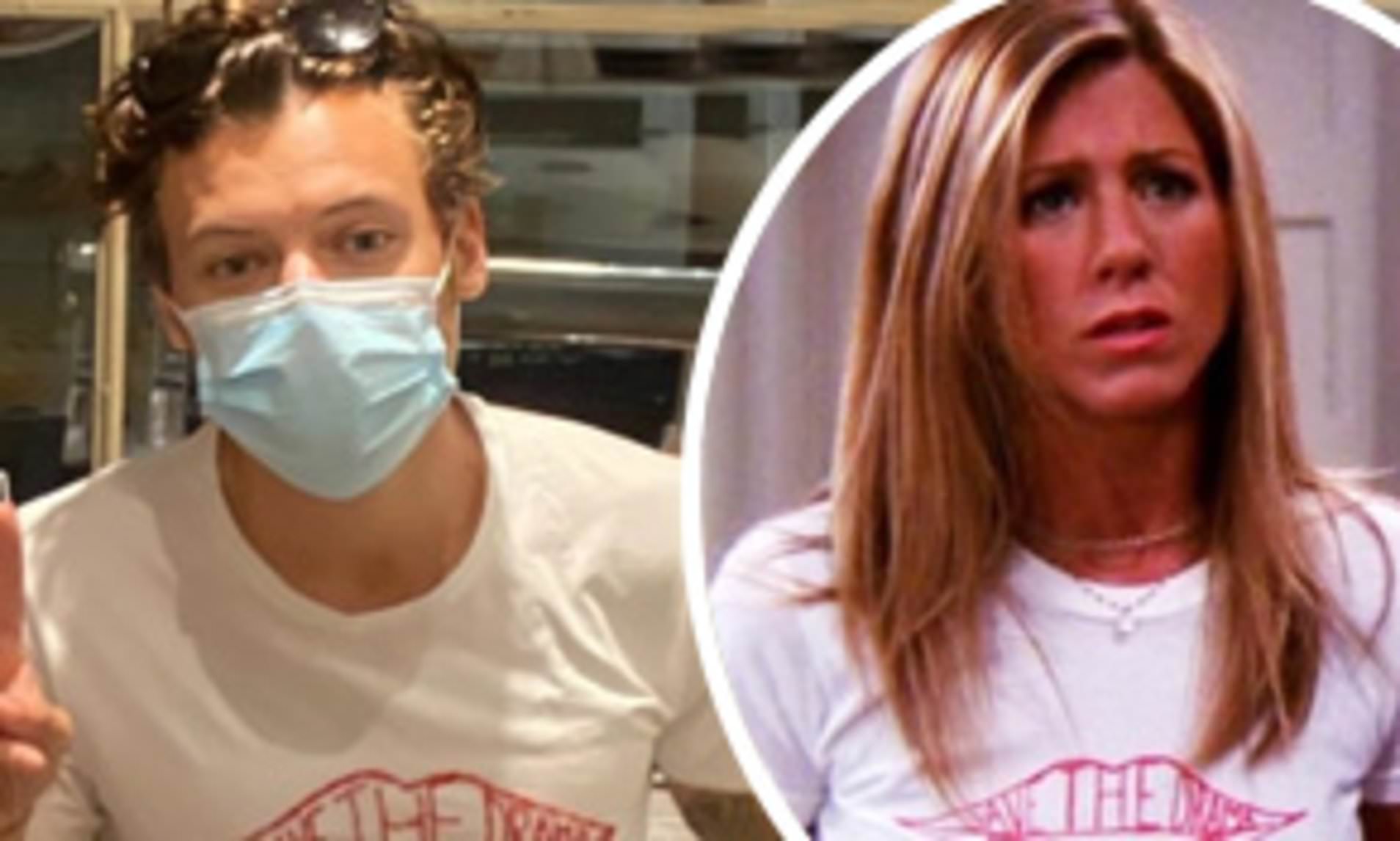 As well as the notes about his hair, other fans spotted that his ‘Save The Drama For Your Mama’ which was also worn by Rachel in Friends.

He will be concealing a horrible secret from his lover, played by Pugh and the same production will also be involving household names, including Chris Pine, Harry Styles’ good friend Gemma Chan as well as Nick Kroll.

It’s highly evident that Harry’s career is constantly blooming, both acting-wise and musically, as he’s set to release a music video to accompany his song ‘Golden’ from his second album ‘Fine Line’ super soon!