President of Malta George Vella described the care towards others shown through donations to the Malta Community Chest Fund Foundation (MCCFF) as not only an act of charity to help others in need, but also an investment in assistance should we or our own loved ones require it in the future.

The President was speaking during an event in which he was presented with donations collected in aid of the MCCFF by the various voluntary associations and clubs in Naxxar. This event, which has been held for 26 years on the Sunday before the festa of Our Lady of Victories, was organised outside the Naxxar Scouts headquarters in compliance with all preventive measures laid down by the health authorities in the fight against the COVID-19 pandemic.

While thanking the people of Naxxar for their generosity and wishing them a good feast, despite the extraordinary circumstances, President George Vella explained how the difficulties the MCCFF is facing today are much greater than they were in the past. The number of patients in need of help has risen as the cost of cancer medicines has skyrocketed. As an example, he made reference to a case of three pills costing €69,000. On a positive note, many of those who started taking the medicine three years ago are still alive as a result, but they must keep taking that medicine.

This means that, in terms of the number of beneficiaries, they are added to the new cases registered year after year. In 2015, the Fund’s expenditure on medicines was below €1 million, in 2018 it amounted to €8 million, in 2019 it exceeded €10 million, and it is estimated that this year it will rise to €12 or €13 million. “We need more than a million euro a month,” said the President. “That is why there is more urgency now than ever before”.

The President of Malta noted that the MCCFF having at its disposal unspent funds that could be invested in other projects is no longer the case. In this light, he referred to comments on social media, claiming that the Fund was not only supporting people with health problems but also funding NGOs.

He explained how, in the past, when unspent funds were available, some NGOs were asked to propose social assistance programmes and initiatives to support persons with disabilities that could make good use of this money. “Some of these programmes have been concluded; there are still one or two which we are still financing, as we need to respect the contracts signed,” said the President. “At this point, however, we cannot afford this kind of expenditure, and if we don’t receive substantial help, our ability to help others could be seriously affected”. 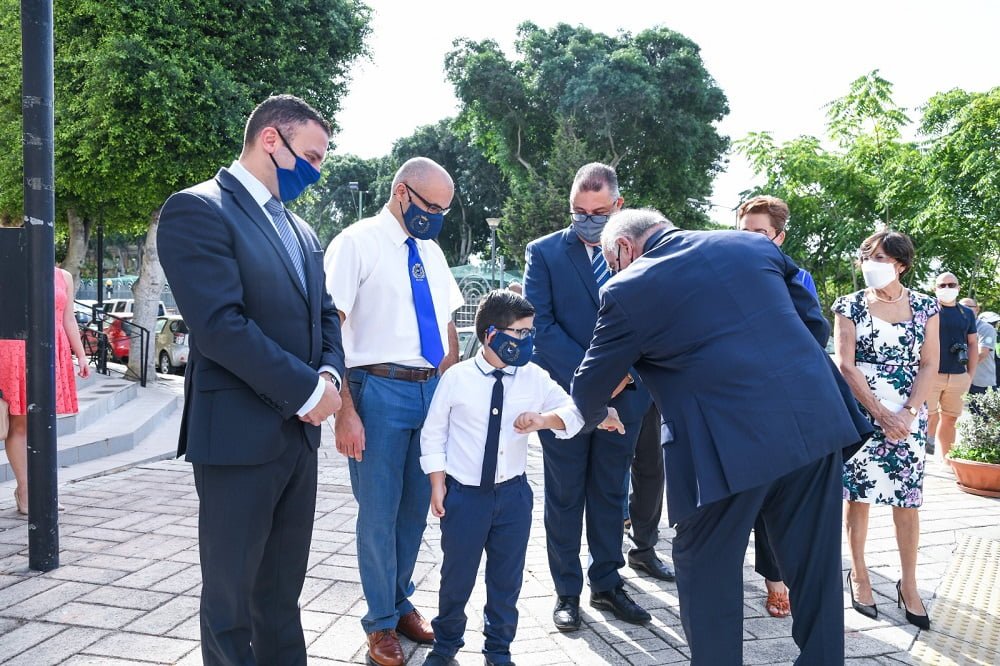 The President of Malta spoke about how, due to the pandemic, this is a particular year in which not even the annual activities usually organised by philanthropic organisations can take place – in the case of the MCCFF these include the Rockestra concert and the Fun Run. In addition, some entrepreneurs who would have been at the forefront with their donations, are going through a tough time and can only afford smaller contributions, if any at all.

In this context, he praised the work of the bona fide and fair philanthropic organisations that have been set up over the years: “No one is saying that there should be any competition between the Community Chest Fund and these organisations… let us not pit one organisation against the other. The Community Chest Fund is the national fund, on the door of which everyone comes knocking. No matter how rich you are, when you are in that situation, the prices of medicines do not allow you to buy them out of your own pocket”.

The President commended the traditional fundraising initiative by the Naxxar community as an example of the unity that can exist within a community despite the differing opinions, as called for by democracy and civilisation. He stressed that people with different opinions should live together with respect, not insult each other. If they disagree, they should discuss and try to convince each other. He called on other localities to take Naxxar’s lead and unite people around common goals such as this annual fundraising event in aid of the Community Chest Fund.

Mrs Anne Marie Muscat Fenech Adami, the mayor of Naxxar, joined in this call to action: “I would like to call on other local councils to help as well, as this is a Fund that constantly gives money to people in need, especially in cases of illness. These are difficult times. Requests for assistance keep coming in, so these donations mean a lot when it comes to cover the MCCFF’s costs”.