COVID-19 Transforms Use of Communications Services 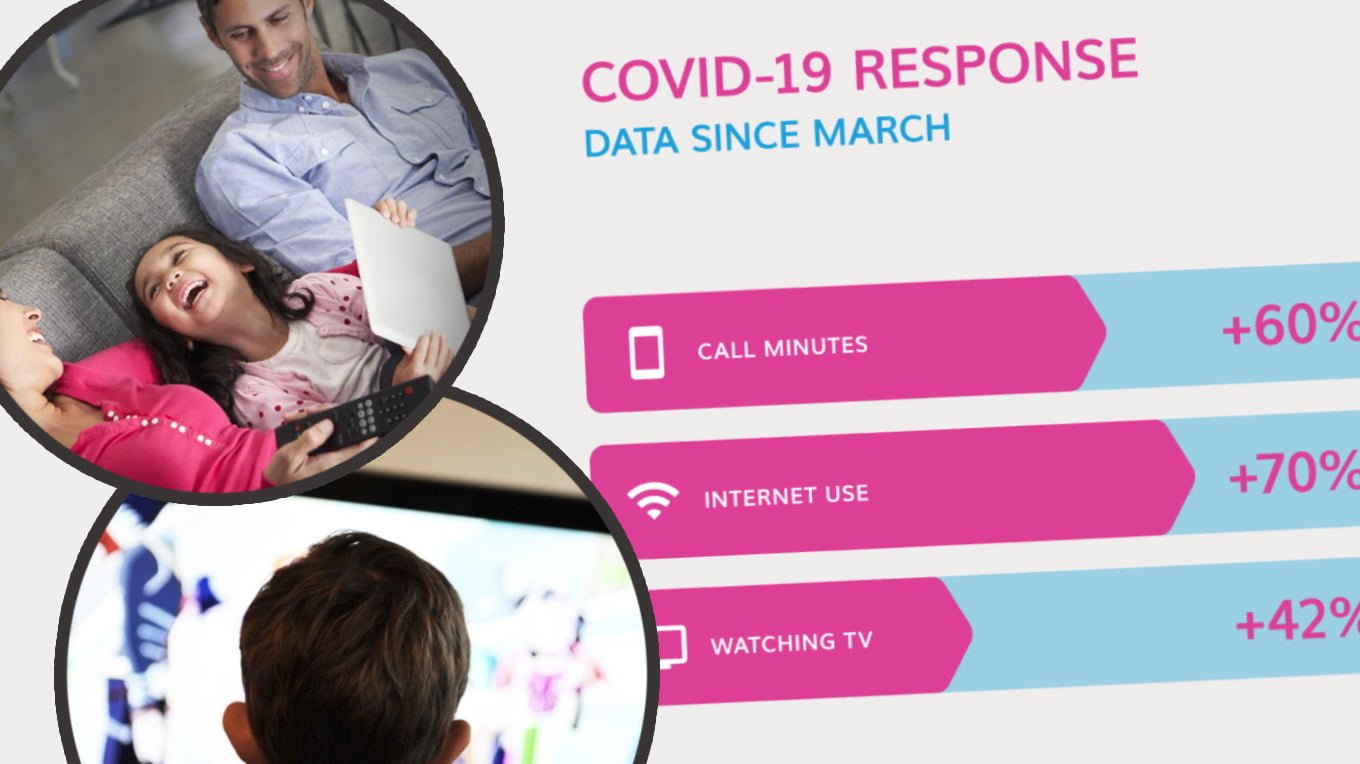 The way in which people in Malta use communications services has undergone unprecedented change in the month since the first Covid-19 case was confirmed.

Data from March which has been released by Melita, highlights dramatic changes across all of the company’s services with fixed call minutes increasing by over 60 per cent, internet use growing 70 per cent, and the number of people watching TV rising by 42 per cent. 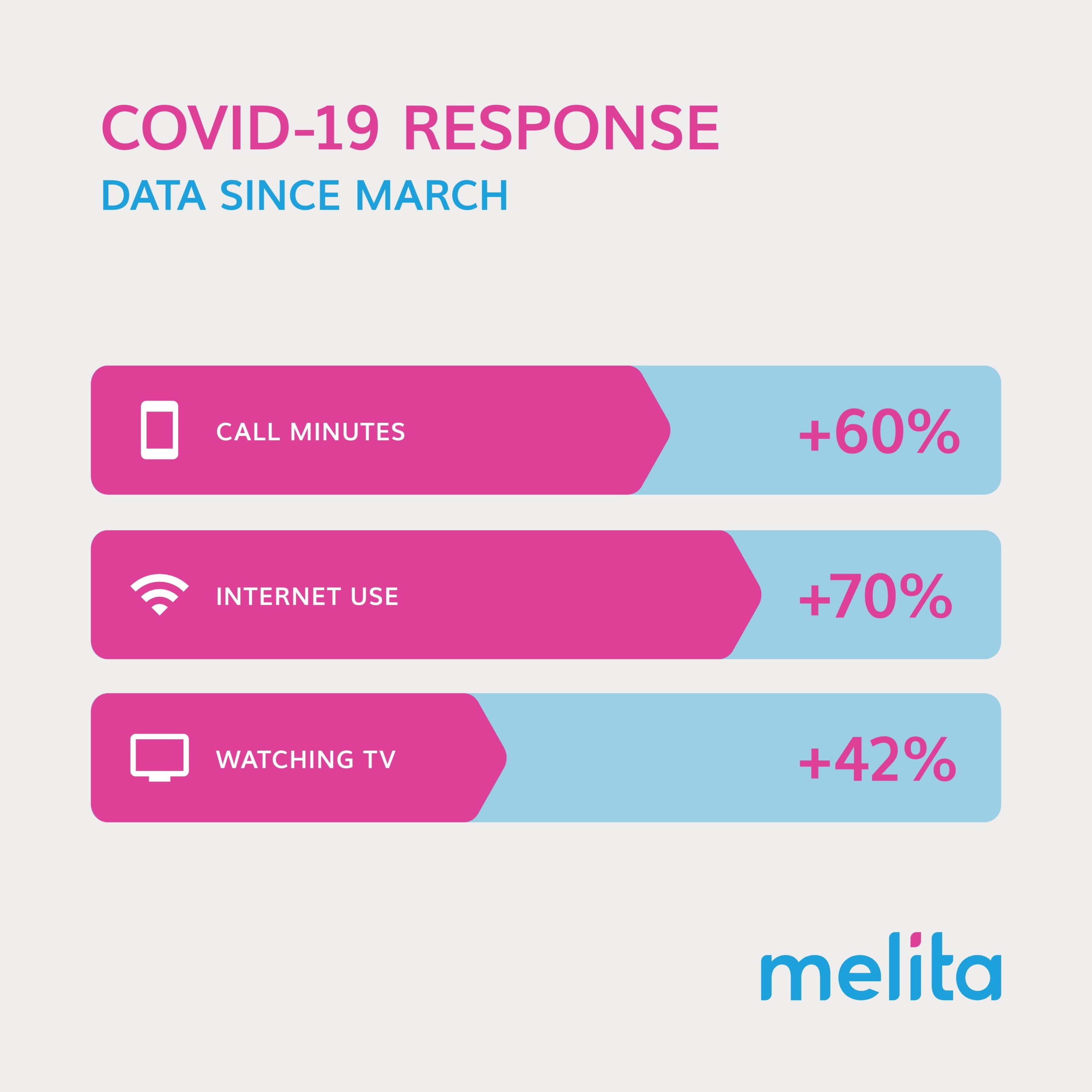 As thousands stay safe at home, more and more people resort to the internet for work, to TV for entertainment and to voice calls to stay in touch. Connectivity is critical right now as so many people rely on it to keep them connected to work, school, families and for access to information.”

Among the most interesting trends is the return to the use of home landlines where the number of calls during peak hours has risen by 97 per cent.

Not only is the number of fixed line calls increasing but so is their duration with the total number of call minutes rising 70 per cent and the average call time increasing by 28 per cent.

At the same time, mobile use has also increased with the number of call minutes growing 29 per cent and calls lasting 26 per cent longer. An 18 per cent rise in use of mobile data has also been recorded.

With so many people working from home, children away from school, and an amplified exigency for information, the increase in internet usage has also been noticeable.

Overall usage is heavier with uploads increasing tenfold, reflecting the fact the many people are working from home, but also peak hours have increased from the evening and now extending throughout the day. Significant increases have also been recorded in the use of home wi-fi. 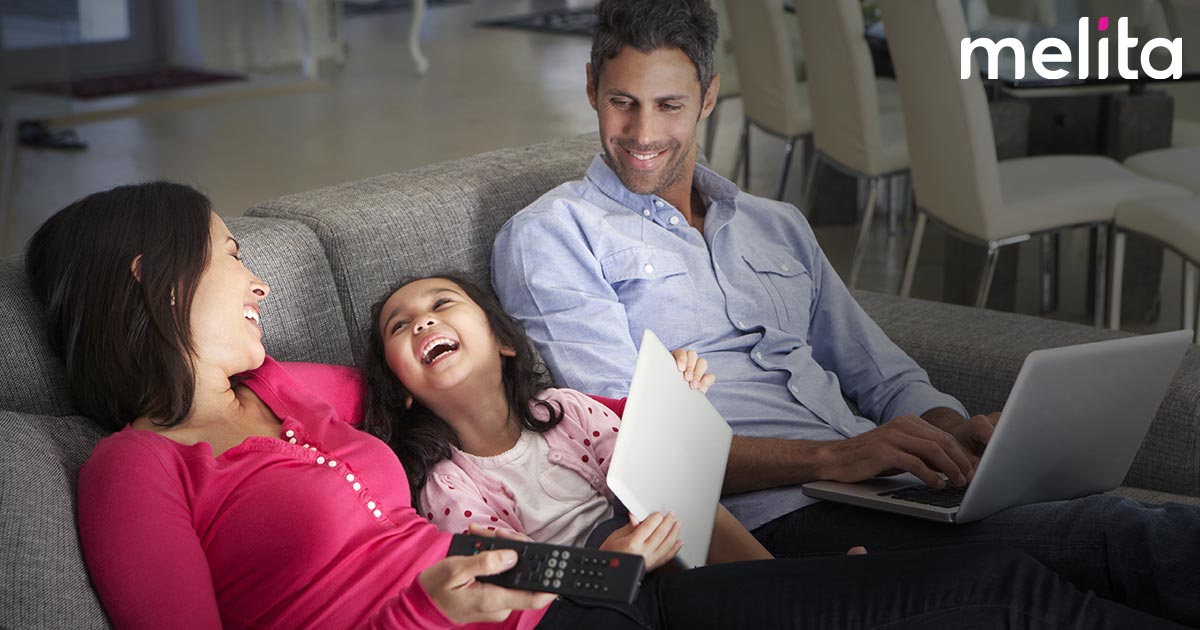 The extended periods of time which people are spending at home has resulted in an increase in the number of people watching TV, and the amount of hours watched. Total daily hours, including use of interactive TV services such as catch up and record have increased by 19 per cent.

“Despite this additional demand on all of our services,Melita’s networks continue to perform very well and we’re proud to have completely avoided any congestion so far. We utilised contingencies and accelerated our planned capacity upgrades, so even though we continue to experience higher demands we expect to remain  capable of delivering services reliably to all our customers,” concluded Montanaro.