Chinese New Year will be celebrated in Malta this week.

With vibrant parades, music, exhibitions and delicious food, this Chinese New Year will welcome the year of the pig.

The China Culture Centre Malta has organised a series of events in Valletta.

Here’s everything you need to know about the Chinese holiday:

When is Chinese New Year?

Chinese New Year – or Spring Festival as it’s also known – begins on the new moon that appears between January 21 and February 20, which this year is Tuesday, February 5.

It is a major holiday across East Asia and is celebrated in South Korea, Taiwan, Vietnam, Mongolia, Indonesia, and Malaysia as well as Greater China.

Regions and countries with major Chinese populations such as Singapore and Myanmar also celebrate.

Each animal has attributes which are said describe those who are born in that year’s personality.

Click here to check your Chinese Zodiac based on your birth year. 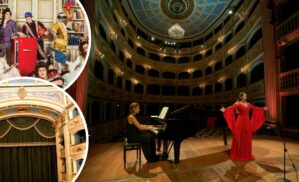