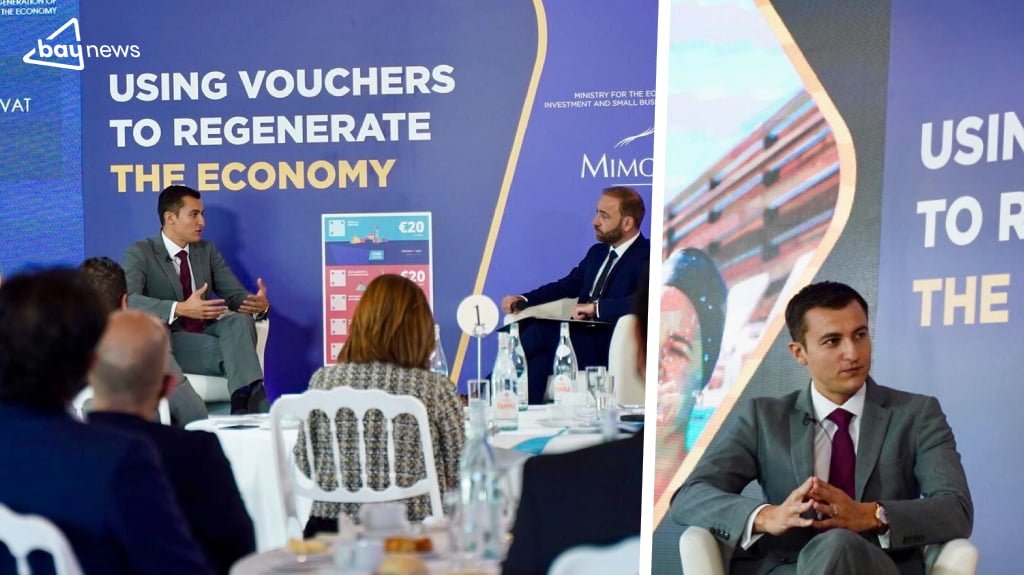 Minister for the Economy, Investment and Small Businesses Silvio Schembri announced that, as of the 14th of October, around 1.8 million vouchers have been redeemed, meaning that 81.2% of all €100 government vouchers have been now used.

Minister Schembri explained that 1.48 million red vouchers (81.4%), which can be redeemed in hotels, restaurants, and accommodations have been used so far, whilst 0.34 million blue vouchers (18.6%) have been redeemed.

Minister Schembri said that, “Through the €100 government voucher scheme, we have assisted a significant number of businesses. We have achieved the aim of the regeneration of the economy plan, which was to address specific issues within the market, particularly those which were severely impacted by the pandemic. The upcoming Budget is built on a somewhat different stance which will reach out to an even wider array of sectors. The voucher scheme has thus far provided businesses with crucial assistance necessary for their survival and the safeguarding of jobs.

However, to fully protect our businesses in the challenging months ahead, we must continue with the necessary discussions until a satisfactory compromise is reached, not simply to ensure survival for our businesses, but to offer the appropriate springboard for their future growth and wellbeing. In order to enable this, we must deliver a substantial investment injection into our business community which will serve as encouragement for further investment by the same community. This will accelerate economic activity once again within the parameters of a new normal.”

Meanwhile, a survey analysing the impact of the €100 government voucher scheme conducted by statistician Vincent Marmara was presented during the business breakfast. Based on the three main criteria; age, status and region, the survey showed that 85% of the respondents said that the vouchers’ initiative has helped both on a personal level, as well as a contributor to the economy.

The Chairman of Mimcol Adrian Said said that the business breakfast is an opportunity to discuss the impact of the vouchers and through means of constructive discussion identify a way forward for implementation of measures to ensure a positive impact on the businesses’ community.

Throughout the business breakfast organized by MIMCOL in collaboration with the Ministry for the Economy, Investment and Small Businesses, several stakeholders, associations and entrepreneurs put forward their proposals and shared their thoughts aimed at enhancing economic activity, protecting businesses and safeguarding jobs.