TMZ recently found out that Emma Stone gave birth on Saturday, 13th March in the L.A. area. There was no word yet on if they had a boy or a girl.   Emma was seen last month with a significant baby bump out in L.A. giving us Morticia Adams vibes in her long black […]

It’s safe to say that everyone’s basically sick of the ongoing coronavirus pandemic by now… and we don’t blame them! So, we’re breaking down all of the things that we never want to see again once this is all over… Never.   The Rule of Six/Four     Don’t get me wrong, people can […]

The YouTube stars, known as the Dobre Brothers, have officially been signed on by the ClubHouse Media Group, and have opened the Dobre House!   “Clubhouse Media Group $CMGR signs YouTube stars, The Dobre Brothers & officially opens The Dobre House”We are excited to bring your more groundbreaking news for our #Clubhouse brand! https://t.co/KaxvJQrG5A […]

So, the Crazy Frog had his penis out the whole time

Do you remember the Crazy Frog, the animated character turned “musician” that dominated the airwaves in the early-2000s? Well, almost 2 decades after his original debut, people have made an unsound revelation that he has had his penis out all this time.     We first met him as “The Annoying Thing” in his […] 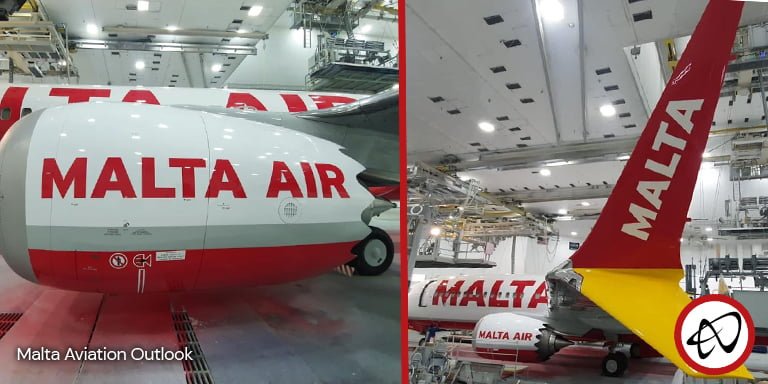 We have been hearing about Malta Air for quite some time now, and it looks like we will soon be seeing the airline’s own planes in the air and on runways across European airports. Malta Aviation Outlook has uploaded a series of stunning exclusive images, of the Malta Air Boeing 737-8200 finally breaking cover.   […]

Looks like Apple is banking on adding to its SE and Series 6 designs, as the tech giant is now rumoured to be developing a new iteration of the Apple Watch, and is expected to have a minimal yet functional design…     According to the infamous MacRumours, the updated product is expected to […]

Although temperatures aren’t really signalling summer just yet, the longer days may just do the trick.   This Sunday 28th March, the clocks are going forward at 2:00 am so that we can start enjoying more daylight. This does mean that we’re going to have to be sleeping less on Saturday. So, make sure […]

F1RST PLAY: LEX’s Latest Release Promises Us a Chance to ‘Let Loose a Bit’ even at Home or in Our Car!

Our very own LEX, who you can follow weekly as part of our Bay Weekender chatted to Daniel and Ylenia this morning on Bay Breakfast, as his brand new release, “Don’t Want This to Break” got it’s F1RST PLAY on Bay! The track has been ready for some time with the hopes of it […]