Even though viewers are yet to see season five of Adult Swim’s Rick and Morty, the team are already working away on Season Seven. Adult Swim also said it plans to air several future episodes of the hit comedy and the writing team is stepping up to the plate!   Am I allowed to […]

Malta’s Active COVID-19 cases currently stand at 2,504 after 226 new COVID-19 cases were registered overnight while 220 people recovered, following 3,274 swab tests which were carried out in the past 24 hours. Meanwhile, Malta’s COVID-19 death toll is 308 after an 85-year old male and a 97-year old female passed away in the past […]

Rising Maltese Tennis star Francesca Curmi has advanced to the round of 16 at the ITF Monastir Tennis Tournament in Tunisia, after defeating number six ranked junior player Kristina Dmitruk, marking her first main draw level win at the pro level!     Francesca faced quite the battle to qualify for the Monastir. In […]

In the fifteen months since the Hate Crime and Speech Unit was set up, there have been 63 reported cases with 39 people seeking emotional help.     This news was shared by the Minister for Home Affairs Byron Camilleri in response to MP Therese Comodini Cachia.     The Minister also said that […]

NASA’s Mars Perseverance Rover has sent back the very first audio recording from Mars, marking another incredible milestone for the project!     As you’ve probably seen, the USA’s space agency recently plunked down an extraordinarily technologically advanced and important bit of kit onto the red planet and we’ve been getting regular updates since. […]

Looks like Tuna Turner’s life story is making its way to the big screen as HBO released the official trailer for her documentary, which is set to follow the legendary singer’s early life and childhood through her decades-long career.     The 81-year-old shares, ‘My mother used to sit in the window of the […]

Spider Man 3 Is Either Getting 3 Titles or Zendaya, Jacob Batalon & Tom Holland Are Trolling Us

Tom Holland, Zendaya, and Jacob Batalon took to Instagram to reveal not one, not two, but three titles for the upcoming Marvel-Sony Spider-Man movie!     View this post on Instagram   A post shared by Tom Holland (@tomholland2013) So… Spider-Man 3 is either getting three titles – Home-Wrecker, Phone Home, and Home Slice […]

Earlier this month, Netflix’s Emily in Paris was nominated for two Golden Globes, which confused many as several notable successes such as Minari were left out. More recently, a report states that over 30 members were sent on a press trip to France in 2019.     The new report by the Los Angeles […]

Ellie Goulding Announces She Is Pregnant 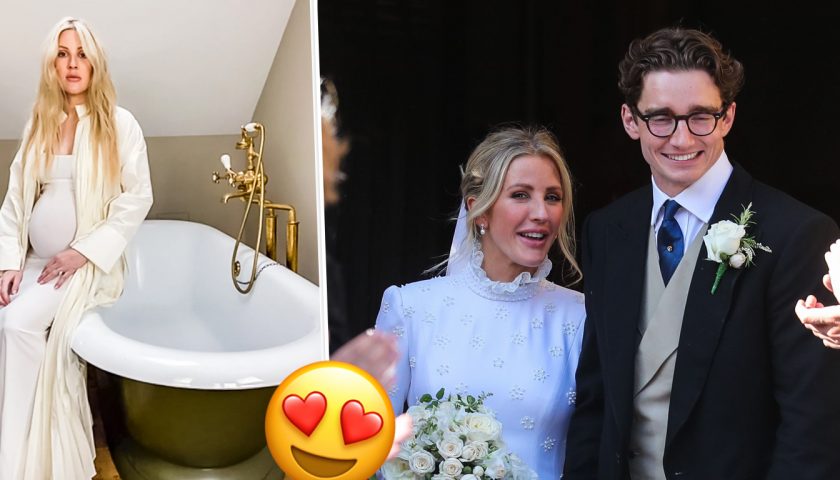 Ellie Goulding revealed she found out the happy news of her pregnancy on her one-year wedding anniversary to husband Caspar Jopling…congratulations!     She shared, ‘It was crazy because it was our one-year anniversary. That was not the plan. The thought of getting pregnant didn’t seem like it could be a reality. Becoming pregnant […]