Filming is currently underway at the Malta Film Studios for AppleTV+’s Sci-Fi Series, “Foundation,” which is making the full use of the world-renowned water tanks found at the studios, and some other key locations across Malta including Fort Manoel. Since Foundation is based in different worlds, with one of them being a water world, […]

The ‘Without Me’ singer, Halsey has just announced that she is pregnant with her first child, through a post on Instagram, featuring baby bump! “Surprise!” she wrote, as the caption of a series of photographs of her posing. She also tagged screenwriter Alev Aydin in the picture, as he too shared the announcement with […]

The Senate Commerce Committee in the US has voted 21-3 for Pete Buttigieg’s nomination as Transporation Secretary, now sending his nomination to the Senate floor for a possible finale vote later this week. This comes after Mayor Pete, had a long grilling interview last week, during which his performance managed to impress Democrats and […]

Calling all Stranger Things fans, I know we’ve been waiting a while for the long-awaited fourth season, but star Gaten Matarazzo has spilt some more details about what to expect in the upcoming season!     Currently, Season Four is underway with filming and when Gaten was asked to describe the new season he […] 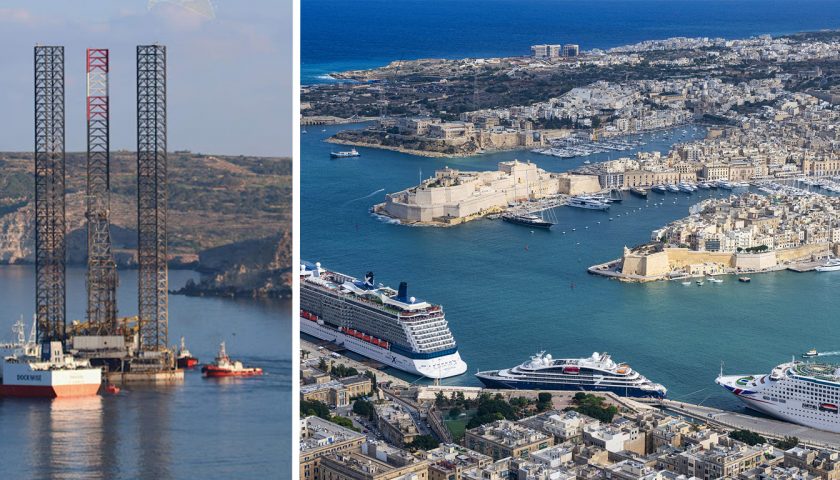 Photo by Capt. Lawrence Dalli – www.maltashipphotos.com   The Oil Rigs towering over the Grand Harbour which have been there for years will finally be removed by the end of April, following an agreement established between Transport Malta and Palumbo Shipyard, as Transport Minister Ian Borg announced today.     Alongside the oilrigs, Borg also […]

Netflix has announced that Season 7 for the comedy series, Brooklyn Nine-Nine, will land on Netflix in March, as the streaming service confirmed on Twitter.   The best day of the year is when we can *actually* give you an answer when you ask where the next season of B99 is. Today is that […]

Calling all of the Beyhive… Queen B has announced the release of her third Ivy Park clothing collection, in collaboration with Adidas, Icy Park.     The Ivy Park X Adidas Collection is clearly aimed at the colder weather months, and Beyoncé unveiled it through a teaser clip.     No release date has […]

These Are the New COVID-19 Restrictive Measures Announced

Prime Minister Robert Abela has just announced a new set of restrictive measures for the month of February, aimed at reducing the rate of new COVID-19 cases. In a nutshell, most of these measures revolve around the Carnival period, as follows: Mass events relating to Carnival will not be organised Restaurants in Malta and […]

Disney has dropped the first trailer for upcoming movie, Raya and the Last Dragon, and it looks like it will be taking us on another spectacular adventure!     Long ago, in the world of Kumandra, humans, and dragons lived together in perfect harmony – but when sinister monsters known as the Drunn threatened […]

The Crown’s Gillian Anderson shared a snippet that ‘was never meant to see the light of day’ of the cast dancing to Lizzo’s banger, Good as Hell, in costume during the funeral scene.   The cast of The Crown dancing to Lizzo will give you all the serotonin you need pic.twitter.com/kjQf6ltRyE — Liv Marks🌻 […]

A 21-year old man from Rabat has suffered critical injuries after falling off the Mdina bastions.     In a statement the Malta Police Force have said that they were alerted to the scene at 7pm last night, after they received reports that a man was injured and calling for help at Gharreqin Road […]