With an investment of six hundred thousand euros, St Clement Park in Zabbar was inaugurated today. This is the first park opened by Parks Malta which is responsible for the valleys and parks in our country. Zabbar Mayor Jorge Grech, explained that when choosing the name for the park – “Il-Park ta’ San Klement” […]

LISTEN: “We Need to Include A Morning Jogging Routine At the Next Meeting We Have with Boris” – Tourism Minister Drops the Mic On The BBC

Giving an interview on BBC Radio 5, Tourism Minister was asked about the comment which Boris Johnson recently passed about Malta and its Obesity Rate. Minister Farrugia Portelli said that while she wishes that both UK and Malta were not on that list, she is proposing that the next time they meet with Boris, […]

Does Your Home Pass Our ‘Maltese Home’ Test? 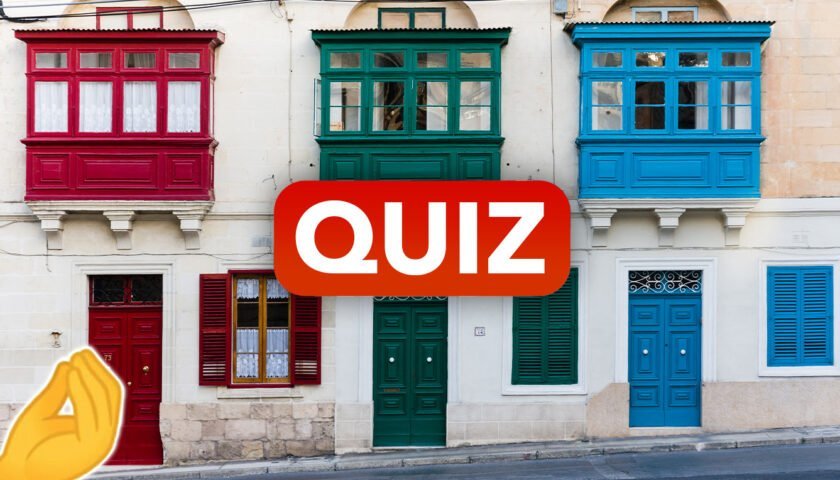 Choose ‘YES’ for every item you own in your home.

InterContinental Are Turning Your Summer Fantasies Into Reality, A Deal At A Time

Over the past couple of months, we’ve all had to adapt to a new normal. New measures have been introduced, and a new lifestyle gotten used to. Like many other hotels and businesses in the tourism industry, once Covid-19 hit the Maltese shores, the Management of the InterContinental took the decision to close the doors […]

Four Months An Angel – This is how Carmel Pace started his heartfelt and emotional tribute to his wife, Miriam who died suddenly four months ago today, when her residence collapsed as a result of adjacent construction works in Hamrun.     “When I return home from work I try to speak to you […]

I don’t really remember what I was like at the age of 12, but if I had to sum it up, I spent most of my days watching TV, reading the hottest piece of fiction at the time, without a care in the world about what social issues are at play around me. That is […]

“Baby shark, doo, doo, doo, doo, doo, doo” is probably THE tune to sing along to this morning at Malta’s National Aquarium, as two baby sharks have just hatched.     These small-spotted catshark pups hatched from egg cases that were rescued by the local NGO Shark Lab Malta from Maltese fishmarkets.   The […]

IN PHOTOS AND VIDEOS: Yesterday’s Fireworks Spectacular All Over Malta

International Clothing Giant NIKE has formally written to the Maltese Government praising our very own customs department for the “exemplary” way in which it seized containers with fake products. In the letter, which was revealed yesterday by Minister for Finance Edward Scicluna, the customs department was labeled as being an example to other EU […]

BREAKING: Person Dies After Fire Breaks Out in Hamrun Shop

A person, who is yet to be identified has died early this morning, following a fire which broke out in a Hamrun Shop. Newsbook is reporting that the fire broke out in Qormi Road.     Police, Civil Protection and an Ambulance were called on site, as the fire was controlled. The Police are […]