COVID-19: Malta among the First Countries in Europe to Use Specialised Testing Machine

As Malta remains one of the EU Countries with the highest rate of COVID-19 Swab Tests per capita, from the coming days this rate is set to increase, as the Pathology Department within Mater Dei Hospital is carrying out its final preparations to start using a Specialised Robotic COVID-19 Testing Machine. This new machine, […]

Following an incident which happened yesterday outside TVM’s Studios, involving Ix-Charmaine Nazzjonali, aka The Superintendent of Public Health, Prof Charmaine Gauci, many people took to their social to support Prof Gauci and all that she is doing! We had to stop taking screenshots at a point, as there were quite a few. These are […]

COVID-19: The European Commission Mobilises all of its Resources to Protect Lives and Livelihoods 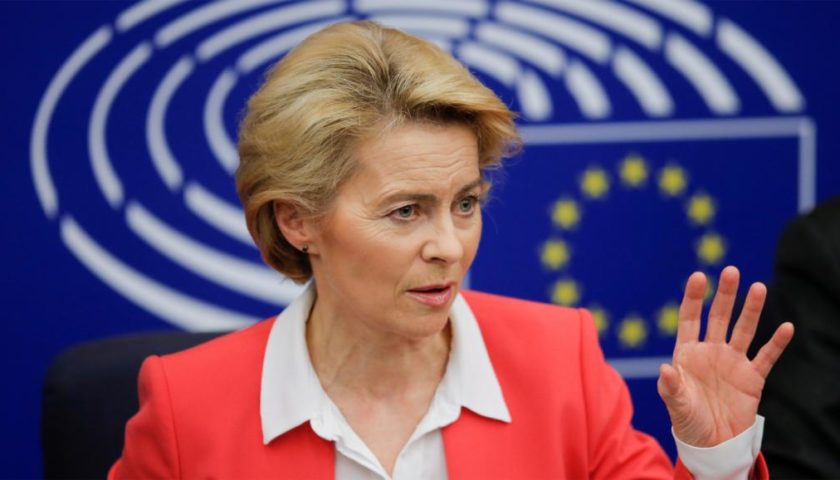 Saving lives and supporting livelihoods in these times of acute crisis is paramount. The Commission is further increasing its response by proposing to set up a €100 billion solidarity instrument to help workers keep their incomes and help businesses stay afloat, called SURE. It is also proposing to redirect all available structural funds to […]

It’s been a tough couple of weeks for us here in Malta, with measures limiting our freedom of movement. People are still allowed to roam around in uncrowded places, in no more than groups of three, unlike Christa Boffa, a Maltese Expat residing in Italy, who has now been a part of a nationwide lock-down […]

A team of 20 CaterEssence chefs, including support staff, have volunteered to live at the company’s Central Processing Unit (CPU) in Qormi for the next two weeks, both to reduce their external exposure to the Covid-19 and to ensure that over 5000 meals a day are prepared and distributed to the 12 CaterEssence care homes. […]

Professor Charmaine Gauci has just announced that a total of 7 New Cases have been confirmed in the past 24 hours, bringing the total to 195.     More Details Shortly

The Malta Driving Instructors Association (MDIA) has released a statement saying that they have let go the driving instructor that basically assaulted Malta’s Public Health Chief, Prof Charmaine Gauci.  The MDIA has disassociated itself from and condemns the instructor’s actions, saying that it had nothing to do with the instructor shouting at and insulting Prof […]

Festivals Malta has announced  that the Summer Carnival 2020 is cancelled as the country perseveres to get the coronavirus outbreak contained. Annabelle Stivala, Director of Festivals Malta said, “We very much hope that the situation will have significantly improved by August. But even if it does, we cannot risk the participants’ well-being over the […]

The Malta Trust Foundation has set up a Food Aid Project with the support of the business community after it received an overwhelming number of requests from disadvantaged families who are among the worst hit by the coronavirus economic crisis. Foundation head Marie-Louise Coleiro Preca said: “During these critical times, it is very disturbing […]

WATCH: Prof. Charmaine Gauci Gets Shouted At and Insulted By Driving Instructor

Malta’s Public Health Chief, Prof Charmaine Gauci has been hailed as Malta’s hero in these COVID-19 Times, by more or less every person who speaks her name, but it appears like the positive sentiment has not been carried over to this particular driving instructor who took the liberty to wait for Prof Gauci in front […]