WATCH: Owen Leuellen Hits us With his Solo Debut Single

After a year of radio silence from X Factor season 1 favourite, Owen Leuellen, we’ve finally got his debut single and music video titled ‘My Time’. The rapper shot to fame on X Factor Season 1 where he secured his runner-up title in the Finals. His good looks, rapping & song writing skills made him […]

Expats Reveal What They Love the Most About Life in Malta 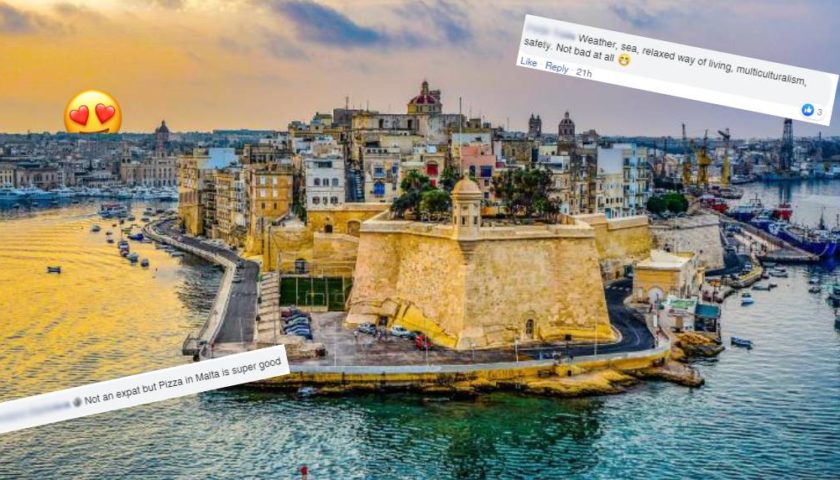 With all that’s going on in Malta right now, it’s difficult to take a step back and appreciate all the good things about such a tiny island in the middle of the Mediterranean. Well, thanks to a post posted on Expats Malta, expats from all over the world have been sharing what they love the […]

In a story uploaded this morning on Instagram Ylenia spoke of a recent online bullying campaign of which she is the victim. Ylenia took this opportunity to remind everyone of what Caroline Flack has been through even though this is not the same situation. However, it is still online bullying. Ylenia added that she works […]

President of Malta George Vella and his wife had the pleasure of meeting her Majesty Queen Elizabeth II earlier this week, as they visited Buckingham palace. It appears that the Queen has shown interest in the developments that Malta is currently undergoing and spoke fondly of the memories she has when she spent some time […]

After more than 15 years of extensive restoration, St John’s Co-Cathedral has now added ANOTHER reason why this architectural gem should be on every person’s “to-visit” list. Yesterday, the restored Grandmasters’ Crypt was inaugurated – an inauguration which renewed the opening of the Crypt for visitors to the Cathedral which receives more than half a […]