Robbie Williams and his wife Ayda Field will not be on the judging panel for the next series of The X Factor. The celebrity couple joined Simon Cowell and former One Direction star Louis Tomlinson on the ITV show last year as part of a massive shake-up. In a post on Instagram, the former Take […]

Ever wondered what the cast of Game of Thrones would be like if they were all played by Maltese personalities? Disclaimer: we did not base our decisions on how similar they look to each other, but more how their character would fit the role. Daenerys Targaryn would be played by Ira Losco You can easily […] 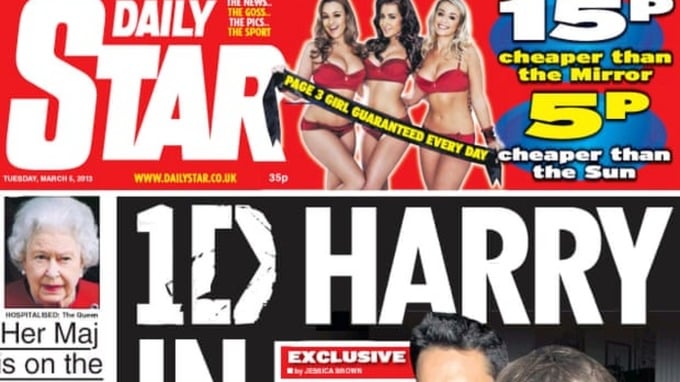 The end of the traditional Page 3 girl in British tabloids is nigh. he Daily Star has confirmed it will stop publishing photos of topless women in the newspaper. It becomes the latest publication to announce the end of the feature, following The Sun who scrapped it in 2015. The Daily Star will continue to […]

SpongeBob SquarePants moves to Malta for a world first

The world’s first Nickelodeon Treasure Hunt is about to start in Malta. The unique event kicks off on Saturday and runs till next Wednesday. SpongeBob SquarePants, who usually lives in a pineapple under the sea, has moved to Valletta for the next four days, in between Parliament and the former Royal Opera House. What’s going on? The […]