17 Celebrities Who Owe Their Fame To The Internet

Showing up on vine, Cardi B’s humour and out-going personality struck a chord with online audiences way before she became a rapper.

At the age of 18, Kate Upton went viral for a video of her doing ‘The Dougie’, taking her straight to stardom.

Another YouTube viral sensation, Alessia’s singing took off from her videos as a young teen.

From a video of Justin Bieber doing a Justin Timberlake cover on YouTube going viral, to the internet sensation of ‘Bieber Fever’, there’s no doubt the internet had a part to play in his rise to fame.

Starting off lowkey on the internet, The Weeknd let his music speak for itself before becoming the huge celeb he is today.

Sharing his singing videos on Vine, his vocal chords instantly struck a chord with audiences. And I’m sure the looks helped too!

After going viral for her quirk and comedic content, Liza kept her following across Vine and YouTube.

Another Vine star, Quenlin moved to TikTok to continue growing her online audience.

From YouTube covers to vlogs, Troye attracted a large audience with his personality and talent.

Old Town Road. That will be all.

From the dawn of YouTube itself, Soulja Boy was cranking that to millions of views.

From home movies to the sliver screen, Dylan O’Brien was no stranger to YouTube virality.

From model to YouTube sensation, Dua, like many others, started out humble by covering songs on the platform.

Darren’s stardom rose when his performance of Harry Potter in A Very Potter Musical went viral on YouTube.

The leader of viral videos, Bo’s entire career has practically been build off of his incredibly entertaining song-driven comedy.

Thanks to YouTube, a young Halsey was able to show the world her talent and passion for music. 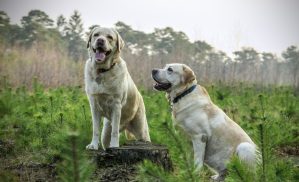