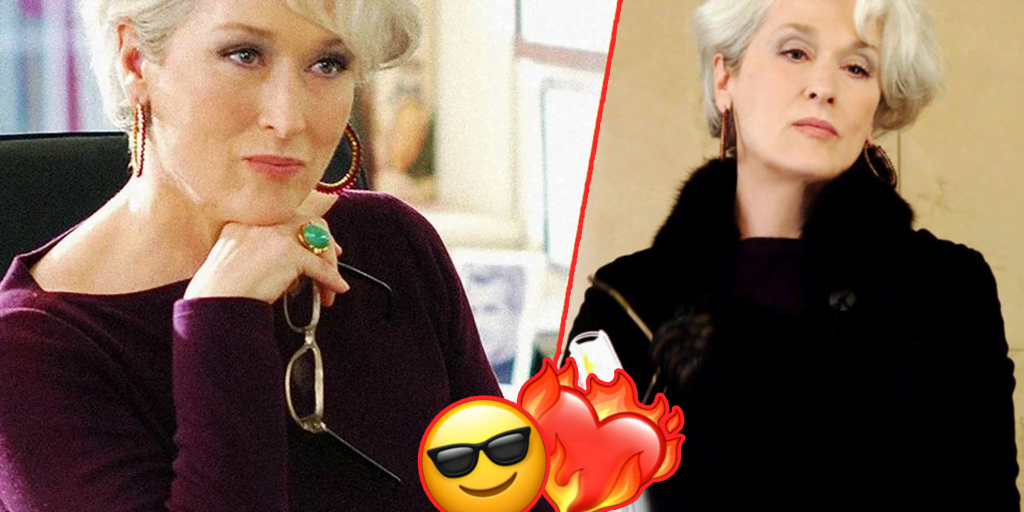 Since the moment she stepped out from that elevator 15 years ago, Miranda Priestly, icy as ever, has redefined what it means to feel a constant, inescapable undercurrent of terror at work.

Streep’s presence, as a strong master of character, resonates across the rest of the ensemble, establishing her as the ever-reproachful eye at the heart of the storm. Nobody dares to look away from the ‘monster’, whose stare can be felt from miles away.

The bespoke Anna Wintour, the editor-in-chief of Vogue, is the inspiration for the character.

Lauren Weisberger, the author of the same-titled novel, worked as Wintour’s personal assistant for a little over a year, and her experiences are very comparable to Andy’s time at Runway.

Unlike Andy I couldn’t force myself to wear high heels. It was expected of me, but I ran all day, all over the office, up and down the building 1,000 times and to Starbucks six times a day, so there was no way I could manage even a 2in heel.

I wore these horrible, black platform boots with a thick rubber sole because there was no choice. And even though for a couple of weeks I made the boot-to-high-heels switch under my desk, I just had to forget it in the end. She [Wintour] would stare at them in disgust and it was a stare that conveyed her displeasure pretty clearly.

The spectre of Miranda lingered so big following the release of the successful film that Wintour was forced to open her doors to her Vogue headquarters in The September Issue, a 2009 documentary film that portrayed Wintour as a stern but not beyond giving a kind grin on occasion.

Miranda, on the other hand, is considerably more than a convincing impersonation of one of fashion’s most powerful ladies.

In fact, Streep studied the psychology of what makes a genuinely cruel boss, as well as how people act when they believe they are at the top.

Despite its glitz, The Devil Wears Prada perfectly depicts that awkward moment in early adulthood when you’re trying to figure out what you want to do with your life while attempting to retain some aspects of your younger self intact.

Whatever line of employment you pick, you’ll come across a ‘monster’ like Miranda at some point, and you’ll find yourself worrying about them outside of work hours or buying better clothes to protect yourself from their snide remarks.

Miranda represents this wonderfully, with her uncompromising sharpness and the continuous enticement of something dazzling just around the corner.

She is the epitome of wealth and power, as well as all the evil that comes with it.

And that’s why, 15 years later, we can still see ourselves in Andy’s Prada shoes, understanding what it’s like to adore and dread someone in equal measure.